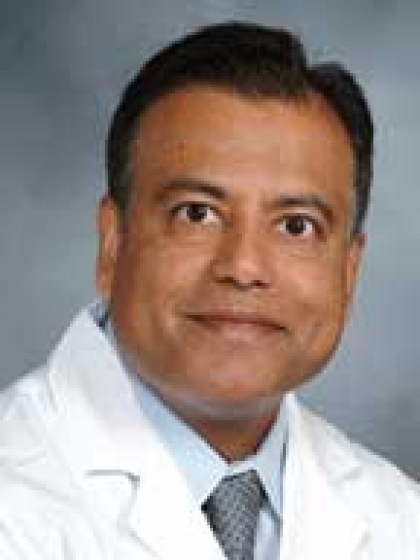 As the leader of the Kidney and Pancreas Transplant Programs at Weill Cornell Medicine and NewYork-Presbyterian, my mission is to maximize opportunities for transplantation for all patients that come to our program seeking transplant care.  Our program often evaluates patients who are considered higher risk and who are often turned away from other transplant centers, due to reasons such as advanced age, heart disease, or other co-morbid conditions.

Due to the shortage of organs available for transplantation, I encourage patients to pursue living donation whenever possible.  This enables many of our patients to receive a transplant before needing dialysis, which leads to better outcomes.  Our program's participation in Kidney Paired Donation through our partnership with the National Kidney Registry provides additional opportunities for patients with a willing but incompatible donor, and for other unique situations.  Our success in living donation can be seen in the graphic in the Media section, which highlights our achievements in 2018 with the highest volume of transplants in our program's history, and being #1 on the East Coast and #3 in the United States for living donor kidney transplantation.

Our program also focuses on utilizing as many deceased donor organs available by implementing innovative programs such as transplantation of expanded donor organs, Public Health Service Increased Risk organs, pediatric donor organs, and organs from donors with Hepatitis C.  All of these options provide opportunities for patients to be transplanted faster, while maintaining excellent outcomes.

Please visit our website to learn more about our kidney and pancreas transplant program:

Dr. Sandip Kapur is Chief of Transplant Surgery and Director of the Kidney and Pancreas Transplant Programs at NewYork-Presbyterian/Weill Cornell Medical Center. An internationally recognized expert in pioneering transplant techniques, Dr. Kapur specializes in adult and pediatric kidney transplantation and whole organ pancreas and islet cell transplantation. Dr. Kapur is consistently named as one of "America's Top Doctors" by both US News World Report and Castle Connolly. He has been cited every year since 2010 as a "New York SuperDoctor," an honor accorded just 5% of all New York physicians.

Dr. Kapur is Professor of Surgery at Weill Cornell Medical College and  Attending Surgeon at NewYork-Presbyterian Hospital/Weill Cornell Medical Center. From 2010 to 2017, Dr. Kapur held the title of the G. Tom Shires, M.D. Faculty Scholar in Surgery in recognition of his outstanding commitment to clinical surgery, research, and education.  In April 2017, Dr. Kapur was named the Jeanette and Jeffrey Lasdon Director of the Kidney and Pancreas Transplant Programs, an endowed directorship in Transplant Surgery honoring Dr. Kapur's leadership in transplantation.

An internationally renowned, board-certified transplant surgeon, Dr. Kapur heads the oldest kidney transplant program in New York State, and one of the highest volume programs in the country. He is a nationally recognized pioneer in developing innovative strategies that allow for successful transplantation in situations where transplants might be contraindicated at most other centers. These include crossmatch and blood type (ABO) incompatible programs, donor exchange for live kidney donation, and facilitating transplantation in older individuals. In February of 2008, Dr. Kapur led the Weill Cornell team that performed one of the nation's first living-donor kidney transplant surgery chains. These chains have the potential to revolutionize the organ transplant process in the United States and dramatically improve the opportunity for patients in need of kidney transplants to find a compatible donor.

Dr. Kapur heads one of the leading pediatric kidney transplant programs in New York, offering care for complex pediatric cases as well as innovative immune therapy, particularly the steroid-sparing regimen utilized in the majority of our pediatric kidney transplant recipients. Dr. Kapur works collaboratively with the pediatric nephrologists and other team members within the Center for Pediatric Transplant and Advanced Kidney and Urologic Diseases at the NewYork-Presbyterian Phyllis and David Komansky Center for Children's Health. Using a collaborative team approach, the Center is able to provide continuity of care to pediatric patients and their families throughout the length of the child's illness and treatment, pre- and post- surgery.

The innovative strategies described above are offered by just a handful of transplant centers in the United States. Our skilled transplant team offers progressive therapeutic options not generally available through other transplantation programs, with lower rejection rates and higher graft survival rates compared to national standards.

Dr. Kapur has earned many awards over his career. He has been selected by Castle Connolly as one of "America's Top Doctors" and a "Top Doctor" in the New York Metro Area, and is also a "Patient's Choice Physician" and is named on New York Magazine's "Best Doctors List". Dr. Kapur also received the 2009 Spirit Award from the New York Mets for his work and commitment to organ donation and transplantation.

Dr. Kapur is a member of many professional societies, including the American College of Surgeons, the Society for University Surgeons, Association for Academic Surgery, the American Society of Transplant Surgeons, The American Society of Transplantation, The Transplantation Society, and the New York Surgical Society. He has published over 65 peer-reviewed papers and book chapters, and plays a strong leadership role in surgical education, having served as Director for the Clinical Clerkship in Surgery for the Medical School. He is a Preceptor for medical student surgical clerkships and serves as a Faculty Mentor for surgical house staff. Dr. Kapur also serves as the Surgical Director of the Weill Cornell Physicians Assistant Program.