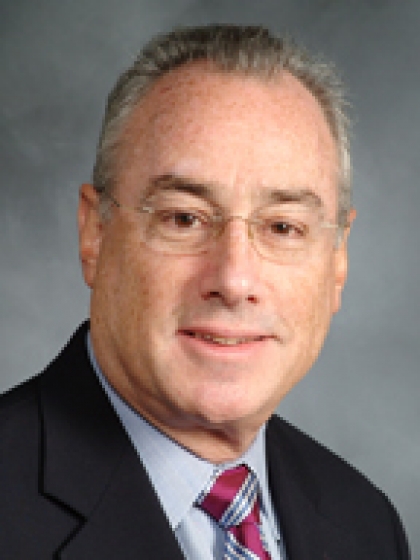 Dr. Fink attended college at the University of Pennsylvania, medical school at the University of Pittsburgh, and served as resident and chief resident in internal medicine at the Boston City Hospital. He came to New York and trained in neurology at the Neurological Institute of New York/Columbia Presbyterian Medical Center, and served as chief resident under Dr. Lewis P. Rowland. Subsequently, he joined the faculty of Columbia University and became the founding director of the Neurology-Neurosurgery Intensive Care Unit at New York Presbyterian Hospital and was appointed Associate Professor of Clinical Neurology and Neurosurgery while at Columbia.

Prior to joining the faculty of Cornell, Dr. Fink served as President and Chief Executive Officer of Beth Israel Medical Center in New York, as well as Chairman of the Barbara and Alan Mirken Department of Neurology, Director of the Comprehensive Stroke Center, and Co-Director of the Hyman-Newman Institute for Neurology and Neurosurgery. He was Professor of Clinical Neurology and Clinical Medicine at the Albert Einstein College of Medicine of Yeshiva University.

Throughout his career, Dr. Fink has been involved in the education and training of students, residents and fellows in the field of stroke and critical care neurology, as well as an active participant in clinical research within this field. He is a leader in this new specialty, has lectured widely, and has published many research and clinical articles in the field of stroke and critical care. In addition, he currently serves as editor of the monthly publication, NEUROLOGY ALERT, and is a Past-President of the New York State Neurological Society.

Podcast: Patient-Centered Care for Parkinson's Disease (PD)
May 2, 2022
Podcast: Stroke Recovery
September 20, 2021
After Two Strokes, Litigator is Grateful and Healthier than Ever
May 18, 2018
WCM Brain Experts Will Discuss the Ways You Can Improve Your Brain Health
August 16, 2017
View All News