After Two Strokes, Litigator is Grateful and Healthier than Ever 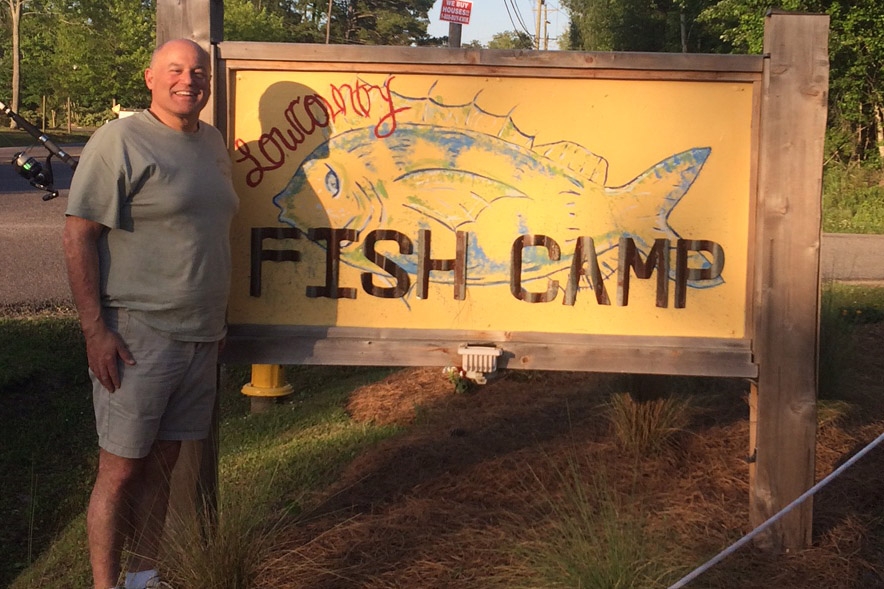 Someone in the US has a stroke every four seconds. In August 2013, Andrew Kampel was a 48-year old lawyer living in Manhattan, when he suffered a stroke—and then less than two months later, he suffered a second.

Thanks to the quick response of his neighbors, family, and Weill Cornell Medicine physicians, Andrew has not only recovered but is thriving.

Here, he shares his story and insight.

In the 18 months leading up to his first stroke, Andrew faced several stressful situations. He lost his father and a very close friend. Soon after, his mother’s house flooded. Work became increasingly challenging.

Andrew’s stress level began to mount, which led him to make some unhealthy decisions.

“I had been morbidly obese most of my life,” he explained, “but during this time I was going out every night, drinking heavily, and eating lots of unhealthy food.”

Meanwhile, he began experiencing severe headaches, but he brushed them off thinking they would go away. He didn’t realize it at the time, but headaches can be an early warning sign of stroke.

Things took a turn for the worse one evening after work, when Andrew went to a bar with friends.

“My best guess is that I suffered the stroke as I was leaving the bar, but at the time, I only knew that something was wrong,” he said. “I somehow made it back to my apartment building and knocked on my neighbor’s door.”

She noticed that his right side was drooping, and he was having trouble walking. She immediately called 911.

Surviving after his second stroke

His neighbor’s quick thinking was key to Andrew’s survival and recovery. Thanks to her call, he was quickly seen by Neurologist-in-Chief Matthew Fink at NewYork-Presbyterian/Weill Cornell Medical Center.

Fast medical attention is one of the primary factors in preventing death and long-term effects of stroke.

Andrew has very few memories of his time in the hospital, especially the first week. “It took six or seven days for my brain to begin ‘clicking’ again,” he said. My doctors thought I might be in the hospital for a couple of months, but after 12 days I was able to leave.”

After he left the hospital, Andrew went to live with his mother and began speech, occupational, and physical therapy at Staten Island University Hospital. He relied on family and friends to take him to his numerous doctor and rehabilitation appointments.

The difficulties of recovering and being completely dependent on others to get around took a toll him emotionally. He was also daunted by the challenge of losing weight and becoming more physically active. “I was in a bad place,” he recalled. “I was depressed, and I wasn’t yet committed to getting myself healthy.”

Thriving after his second stroke

About six weeks after his first stroke, Andrew had a second stroke. “This time, I knew what was going on,” he explained. “I lost my vision on both sides, which was very frightening.”

Again, he was seen quickly by expert neurologists at Weill Cornell Medicine. A neurological ophthalmologist told Andrew that his vision loss was due to damage to his brain. Over the next several months, Andrew regained vision in his left eye.

“After the second stroke, I finally woke up to reality,” Andrew said. He started working hard to get healthy and lose weight. He traveled to Florida with his mother for several weeks, where he took frequent walks outside and worked on crossword puzzles to exercise his brain.

“That was a fantastic feeling,” he recalled, smiling. “I was able to go by myself into Manhattan for the weekend to see friends. You’ve never seen a grown man more excited to be riding the subway than I was that day!”

Rebuilding his life with gratitude

Andrew continued to recover from his strokes, although he admitted it wasn’t always easy.

“Going back to work was difficult,” he explained. “My brain struggled. I can only read at 20 percent the speed of which I used to read. I’m just not the lawyer I used to be, although I’m still a great litigator! That never went away.”

Still, he remained committed to his new, healthier habits. In the year after his second stroke, Andrew lost 85 pounds. He continues to walk for two hours every day, eat well, and exercise his mind with crossword puzzles and reading newspapers.

He has accepted that some disabilities may never improve, but now enjoys being healthier than he has been in many years.

The strokes have also given Andrew a new outlook on life. He now cherishes what is most important to him—his family and friends—even more. He especially enjoys the close relationship he has with his nieces and nephew.

“Before my strokes,” he shared, “work used to be everything. Now it just isn’t as important.”

Andrew is very grateful to his family, friends, and healthcare providers.

“My doctors and nurses at Weill Cornell Medicine are great at their profession. But—more importantly—they are nice people,” Andrew said.

“Without every single one of these people, I wouldn’t be here. Because of them, I want to keep working hard to stay healthy. They have put so much into getting me better. I don’t want to let them down.”

Read more about The Stroke Center at Weill Cornell Medicine, one of the first accredited, primary stroke centers to be established in New York City.