The physicians discussed why earlier guidelines were flawed and how their letter may affect patient care across the country.

What is PSA testing for prostate cancer? When did doctors start using it?

Prostate Specific Antigen (PSA) is a blood test that is used to detect prostate cancers and to follow cancer's response to treatment. PSA was widely implemented as a screening tool for prostate cancer in the early 1990s, and became a routine test during an annual physical for men age 40 years and older.

Doctors started using it because values above a "normal" threshold were associated with a greater risk of prostate cancer. Following the adoption of PSA screening in the early 1990s, there has been a large increase in the number of men diagnosed with cancer, a decrease of approximately 50 percent in the rate of prostate cancer death and an 80 percent decrease in the likelihood of metastases at diagnosis.

What was the Prostate, Lung, Colorectal, and Ovarian (PLCO) Cancer Screening Trial? What did it say about PSA screening for prostate cancer and how did this inform public health decisions?

The PLCO trial was a large randomized trial designed and funded by the National Cancer Institute (NCI) to determine the effect of PSA screening on death from prostate cancer. It was initiated to look at the effect of prostate cancer screening, and was modified to include lung, colorectal and ovarian cancer as well. It incorporated more than 76,000 men and 78,000 women, and was estimated to cost in excess of $400 million.

The PLCO trial found that men randomly assigned to prostate cancer screening had the same number of prostate cancer deaths as men in the control group of the trial, and the investigators argued that PSA screening does not decrease prostate cancer mortality. It is pretty much the only evidence suggesting PSA testing doesn't save lives.

It was a major piece of evidence used by the U.S. Preventative Services Task Force (USPSTF) to form its 2012 recommendation against PSA screening. The argument was that we now had high-quality evidence showing no benefit to PSA testing in the United States. However, there was other evidence demonstrating a benefit to PSA testing, including U.S. epidemiologic trends showing a 50 percent decline in prostate cancer mortality since 1992 and another large randomized trial performed in Europe that showed that PSA screening was effective.

As a result of the task force's recommendations, we have seen dramatic declines in prostate cancer screening in the United States since 2012.

But what's the downside of PSA testing? Why would it potentially lead to negative outcomes?

Prostate cancer is unique in that many men will get slow-growing prostate cancers that will never cause them problems. While the PSA test itself is a simple blood test, it did lead to the detection of many of these slow-growing cancers. When these cancers were detected, historically they were treated aggressively with surgery and radiation. The main side effects of these interventions were erectile dysfunction and urinary incontinence.

Have there been any other major studies of PSA testing? What were the results?

The European Randomized Study of Screening for Prostate Cancer (ERSPC) is the second major randomized trial, and its initial results were actually published in the same issue of the NEJM as those of the PLCO Trial in 2009. This trial randomized more than 160,000 men in Europe, and in contrast to PLCO, found that PSA screening decreased prostate cancer mortality by 21 percent. This trial however was also imperfect, and some analyses of subgroups from the trial have found decreases in mortality of around 50 percent with screening. 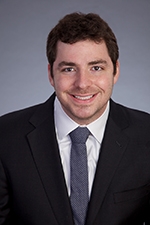 What made you go back and examine the results and methodology of the original PLCO study?

In any trial, the goal is to compare two different things, say apples to oranges, to see which is better. One major concern with the PLCO trial was that many men in the United States were getting PSA testing done by their primary care physicians by the time the trial had started. So the concern was that if men in the control group were also getting tested and compared to men in the intervention group who were randomized to prostate cancer screening, then comparing prostate cancer mortality between arms wouldn't be useful, like comparing apples to apples.

We noticed that there was significant variation regarding the rate of testing in the control group, also called contamination, that was quoted in the literature; from those who said 50 percent cumulatively had PSA testing (as the USPSTF did) to those who said it was 50 percent annually or higher. Because this number is so important, and other than the mortality difference is probably the most important consideration when evaluating the trial, we were curious as to why the numbers were so discrepant. Needless to say we were very surprised by what we found.

So what does this mean about the results of the PLCO study? Should we still consider them when making recommendations to patients?

The short answer is no, the trial results are uninterpretable. Essentially everyone in the control group had PSA screening during the trial. That the trial results showed no difference in prostate cancer death between the two arms is therefore pretty meaningless, because practically everyone was screened. They compared apples to apples, and found no difference, and therefore cannot assess the true benefit of PSA screening on death from prostate cancer.

What would you like patients and physicians to take away from your paper in NEJM? What kind of impact will this have on public health?

PSA screening was wrongfully convicted because of the PLCO trial. Based on the available data, PSA screening clearly prevents men from dying of prostate cancer. While the magnitude of that effect may be up for discussion, the presence of an effect should not be.

Currently, 26,000 men die each year of prostate cancer in the United States, and without PSA testing some estimates put that number much higher. As physicians, we would not want our patients among the potentially large number of what we know are preventable deaths from a painful, debilitating cancer.

Avoiding those deaths certainly comes at the cost of the potential for over-diagnosis of slow-growing cancers that will not affect life expectancy. Because of additional research on better classification on prostate cancers, and the natural history of low-risk prostate cancers, we have begun avoiding definitive therapy for these indolent tumors and choosing active surveillance, but more work still needs to be done. Smarter screening strategies that incorporate PSA testing will also likely decrease the harms of over-treatment.

The first step is for policymakers to rapidly change their recommendations on PSA testing, or it will be abandoned altogether. We are already seeing evidence that doctors are being trained that prostate cancer screening is not "evidence-based," which is untrue. This should be followed by the development of approaches to screening, diagnosis and treatment that limit the harms of over-detection while preserving the survival benefits.

We still have a lot to learn, but that PSA screening saves lives is not one of those things.

Dr. Shoag and Dr. Hu's Letter to the Editor in the New England Journal of Medicine