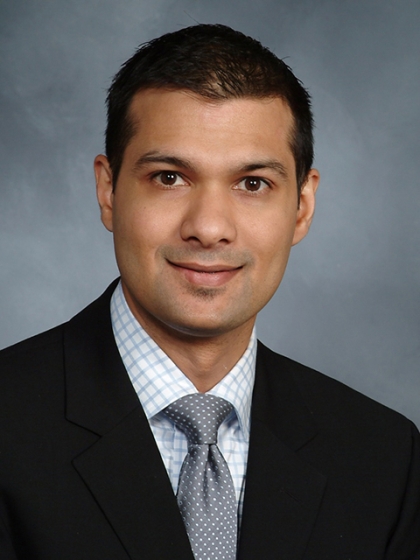 In addition to managing common pediatric problems such as ear infections, sleep apnea, adenoid and tonsil disease, Dr. Modi has particular expertise in several more complicated areas. He founded the Cornell Aerodigestive Center and his area of expertise is endoscopic airway reconstructive surgery. Further, as co-director of the Cornell Cleft and Craniofacial team and the Cornell Velopharyngeal Center, Dr. Modi is also particularly interested in the management of speech and language disorders caused by cleft palate or velopharyngeal insufficiency.

Dr. Modi is board-certified by the American Board of Otolaryngology and is a member of the American Society of Pediatric Otolaryngology (ASPO), Society for Ear Nose and Throat Advances in Children (SENTAC) and the American Cleft Palate and Craniofacial Association(ACPA). He has also been inducted as a Fellow, as one of the youngest members, into the prestigious Triological Society for his thesis paper on airway balloon dilation.

Dr. Modi has a commitment to those less fortunate in developing countries and participates in medical trips to treat head and neck anomalies including cleft lip and cleft palate.

If you are scheduled to see Dr. Modi as a new patient, please print and complete the Patient Packet and bring it with you on the day of your appointment. Thank you.

§  Annual Meeting of the American Society of Pediatric Otolaryngology – Research Award Winner . May 2006