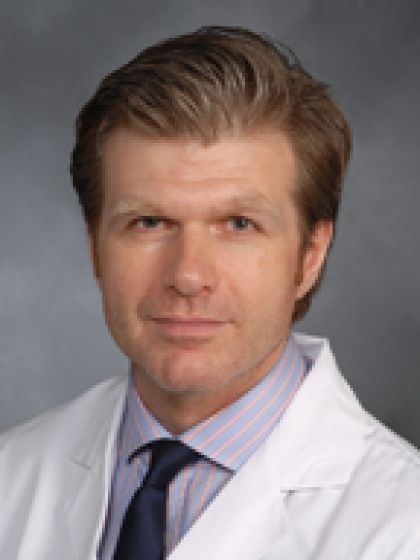 As a hematologist specializing in stem cell transplantation, I am committed to making this treatment as safe as possible. The key to successful, potentially curative transplantation lies in better understanding the potential complications and in improving the effectiveness of the procedure while minimizing the risks. Therefore, we strive to rapidly translate scientific findings from the lab in order to reverse the cancer cells’ resistance to treatment. This allows us to offer clinical trials aimed at both common and rare complications related to stem cell transplantation.
I realize how scary it can be to receive a life-threatening diagnosis, and firmly believe in taking the time to clearly communicate with my patients about the nature of their disease and their various treatment options. This can not only vastly improve our patients’ experiences, but also their treatment outcomes, as an educated patient is able to make informed decisions about care and reclaim some of the autonomy that can be lost when coping with a cancer diagnosis.
In the midst of all the cutting-edge science and technology that we offer, I find it extremely important to remember that it is the patient who is the center of it all.  I genuinely care about my patients, and instilling a sense of hope, sharing a laugh, or a kind word can be as important as all the medical advances and state-of-the-art science.

Sebastian Mayer has been an attending physician on the Blood and Marrow Transplantation service at Weill Cornell Medical Center since 2010, after working on the Leukemia Service for two years.

A native of Austria, he earned his MD at the University of Vienna with a Doctoral thesis in experimental nuclear medicine. After two years of nuclear medicine research in Vienna, Dr. Mayer completed his Internal Medicine residency at St. Luke’s Roosevelt Hospital center in New York. During that time, he participated in research projects on the molecular biology of lymphoma at Mount Sinai Medical Center and Albert Einstein College of Medicine.

After a fellowship in Hematology/Oncology and a subsequent faculty appointment at Mount Sinai Medical Center, he completed a fellowship in Stem Cell Transplantation at Memorial Sloan Kettering Cancer Center.

His main research interests lie in the reversal of chemotherapy resistance in leukemia before stem cell transplant, specifically for patients with a high risk of disease recurrence. He also is an active investigator in the treatment of graft versus host disease, a feared complication of stem cell transplant, as well as the prevention and management of transplant rejection.

Dr. Mayer greatly enjoys the close interaction with his patients and also takes an active role in the education of junior physicians and medical students.