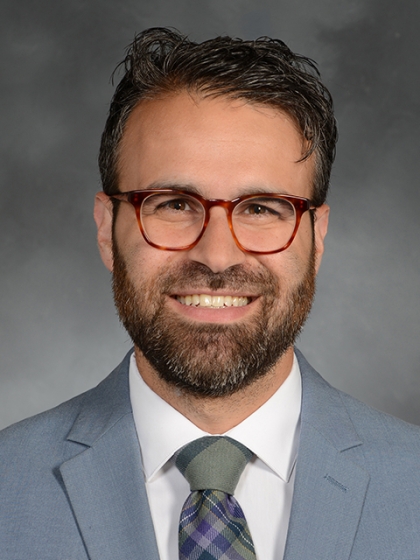 I am very excited to be a part of the Weill Cornell Medicine Division of Gastroenterology and Hepatology as a transplant hepatologist. My interest in the field of transplantation began in 1986, when my grandfather received a life-saving heart transplant. He lived 27 great years after this and was able to watch me graduate medical school, become a doctor, and dance at my wedding. I saw what a transplant can do. When I began my residency at Columbia University Medical Center, I was fascinated and challenged by the complexity of patients with liver disease. I knew I wanted to be a combine my two passions, transplantation and liver disease, within a few months of becoming a doctor. Being a transplant hepatologist allows me to care for and form a lifelong bond with a patient and their family. I consider it a great honor and privilege that I get to care for patients with liver disease and give them more time to spend with their loved ones.

My clinical practice focuses on liver disease and transplantation. I have a special interest in primary sclerosing cholangitis, a disease of the bile ducts that can cause significant complications for many patients both young and old. My research focuses on identifying risk factors for multi-drug resistant infections, which are quite common in patients with primary sclerosing cholangitis, and liver disease.

He received his undergraduate Bachelor of Science in Physiology and Neurobiology from the University of Maryland in College Park, where he was a College Park Scholar, and graduated from the State University of New York Downstate College of Medicine in Brooklyn, New York, where he was inducted into the Alpha Omega Alpha Honor Medical Society. In 2014, he completed his internal medicine residency at Columbia University Medical Center in New York, New York and was a clinical instructor of medicine as a hospitalist from 2014-2015. He completed his gastroenterology fellowship training at Weill Cornell Medicine in 2018, where he served as chief gastroenterology fellow, and completed a Master’s of Science in Healthcare Policy and Economics the same year. He received the AASLD Advanced/Transplant Hepatology Fellow Award in 2018. He completed his transplant hepatology fellowship at Columbia University Medical Center and Weill Cornell Medicine in 2019.

A Second Chance for This Liver Transplant Patient
October 27, 2020
View All News