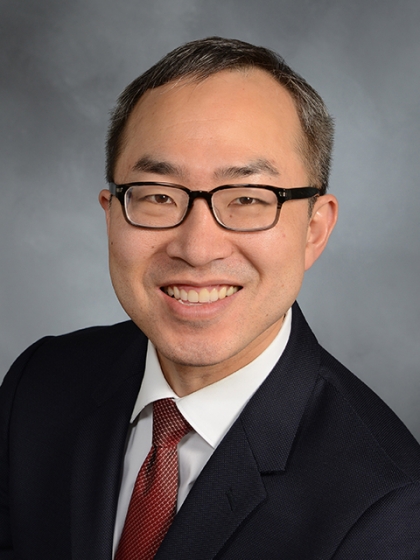 One of our jobs as pediatricians is to continually search for ways to improve how safely and effectively we deliver care to our patients.  I am grateful to be in a position where my professional goals naturally align with optimizing the physical and emotional health of our patients and their families.

Dr. Paul Chung received his M.D. from Northwestern University Feinberg School of Medicine and completed pediatrics residency training at San Antonio Uniformed Services Health Education Consortium in 2005. He served as a pediatrician and officer in the U.S. Army until 2010 during which his roles included Officer-In-Charge of the Camp Humphreys Health Clinic, Chief of Newborn and Inpatient Services at Brian Allgood Army Community Hospital, and Program Director for the Pediatric Advanced Life Support course in Seoul, South Korea. He was awarded the Meritorious Service Medal at the rank of Major prior to his honorable discharge.

Dr. Chung joined Weill Cornell in 2018 as Assistant Professor in Clinical Pediatrics and the site medical director of the Brooklyn Heights location.

Podcast: Evaluating the Risk of Summer Activities for Your Kids Amid COVID-19
August 4, 2020
Podcast: When to Give Your Child Antibiotics
November 11, 2019
Podcast: How You And Your Baby Can Enjoy A Good Night’s Rest
October 28, 2019
View All News