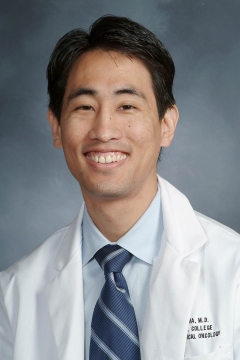 Metastatic prostate cancer patients respond better to treatment when they switch to different drugs in the absence of an optimal initial response, according to new research from Weill Cornell Medicine and NewYork-Presbyterian.

Patients with progressive metastatic prostate cancer following hormonal therapy are typically treated with the first-line chemotherapy drug docetaxel. If the cancer grows despite that drug, oncologists often switch patients to cabazitaxel, a second-line drug of the same chemo class. Though the drugs are similar, tumors that are resistant to one drug often respond to the other. But it's been challenging for oncologists to pinpoint when exactly to switch treatments.

In a Weill Cornell Medicine-led clinical trial, investigators used the routine blood test sometimes used to screen for prostate cancer to select patients with an initial sub-optimal response to treatment. Using this information, doctors were able to quickly switch gears and establish a different treatment regimen for study participants. By adopting this early switch therapy, the overall response rate to taxane chemotherapy was significantly higher than expected based upon prior studies.

"Chemotherapy has been a mainstay for the treatment of advanced prostate cancer," said lead author Dr. Scott Tagawa, the Richard A. Stratton Associate Professor in Hematology and Oncology, an associate professor of clinical medicine and of clinical urology at Weill Cornell Medicine, and an oncologist at NewYork-Presbyterian/Weill Cornell Medical Center, who presented his findings during the annual American Society for Clinical Oncology meeting on June 6 in Chicago. "This study provides evidence that the overall proportion of men responding to treatment can be increased through an early assessment of their cancer and by switching their treatment drug."

Expanding upon earlier Weill Cornell Medicine discoveries demonstrating how taxanes work in the body on a molecular level, investigators used a second test to examine prostate cancer cells taken from the blood of patients in the trial before and after treatment. Based upon the predicted mechanism of action of these drugs, investigators were able to confirm when the drug was effectively treating the disease (in optimal responders) compared with those with some treatment resistance (non-responders). 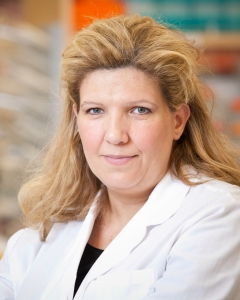 "This clinical trial proves the mechanism of action for a very popular drug," said senior author Dr. Paraskevi Giannakakou, a professor of pharmacology in medicine and a member of the Meyer Cancer Center at Weill Cornell Medicine, whose lab identified this mechanism. "This mechanism was not understood before; although we tested it in pre-clinical models, we didn't know this was actually happening in patients. This trial, together with the proof of taxane mechanism of action, provides us the opportunity to understand early on who is going to respond to the chemotherapy and who will not."

To determine if an early switch of medications has any therapeutic benefit, investigators led a two-year, phase 2, international randomized clinical trial assessing response rates among prostate cancer patients who switched from docetaxel to cabazitaxel — or vice versa for more advanced disease — after their cancer grew despite treatment. For the study, supported by the global life sciences company Sanofi, the investigators monitored patients as they underwent their respective therapy, conducting a PSA screening after four courses of the drug (roughly 12 weeks after treatment began) comparing those levels against the ones at the time the men were diagnosed. Patients who saw at least a 30 percent decline in PSA levels from their baseline remained on their respective drugs. Those who didn't meet that threshold were switched to the other drug.

Patients who did change therapies saw an even greater reduction in PSA levels than those who in past clinical trials had responded to their initial course of treatment — 56 percent compared with 45 percent respectively, the investigators said.

In addition to the higher response rate, "the fact that examining cancer cells from a blood test could assess the ability of a drug to target a pathway in real time is exciting," said Dr. Tagawa, a member of the Sandra and Edward Meyer Cancer Center, who is also an adviser to Sanofi. "Researchers could determine whether a chemotherapy agent was associated with a response or a resistance — optimizing a patient's treatment plan, and hopefully reducing their cancer growth."