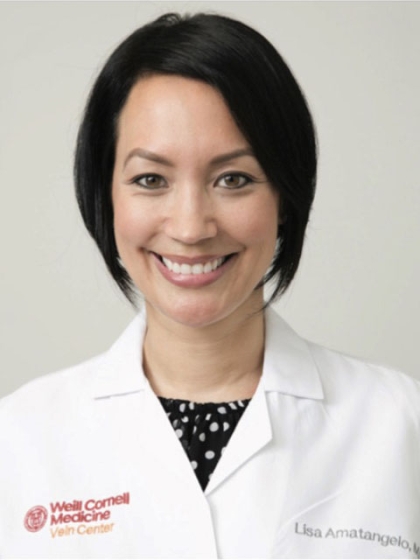 Lisa Amatangelo, MD, RVT, FACPh, graduated with honors from the University of Michigan with a BS in Biopsychology and Cognitive Science. She then earned her MD from Wayne State University in Detroit, Michigan, and completed her residency at William Beaumont Hospital, Royal Oak, Michigan, in 2005.

Her clinical interests include sclerotherapy, endovenous ablation, compression therapy and facial cosmetic injectables. She also has a special interest in medical journalism and community medical education with extensive experience as a medical communicator and spokesperson.