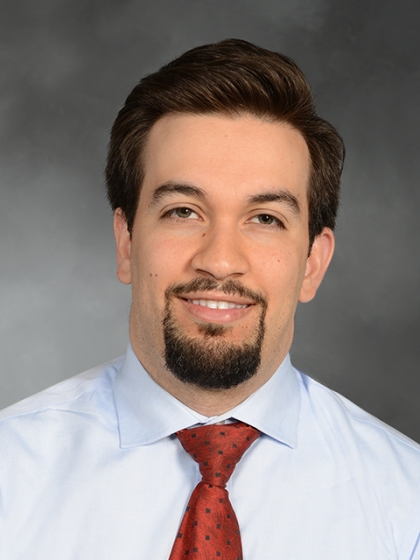 I am a hematologist and oncologist by training and a physician-scientist specializing in myeloproliferative neoplasms (MPNs) and related blood disorders.

My primary goal is to provide my patients the best and most current therapy available to improve their quality of life and prevent disease complications. My long term goal is to identify and develop curative treatments for MPNs. In order to do so, I maintain a specialty ambulatory practice treating MPN patients and providing them access to promising clinical trials. After clinic, I conduct translational research in the lab that bridges scientific discoveries with clinical care. I work with a world-class team of physicians and scientists at the Richard T Silver MPN Center to achieve this common goal and believe patients are an integral part of this team.

Dr. Abu-Zeinah is a Hematologist and Oncologist with a specialty practice in Myeloproliferative Neoplasms (MPN). His laboratory and clinical research is focused on identifying and developing therapies that target the malignant stem cells in patients with MPN. He received several awards for his work and presented at national conferences including the International Congress on Myeloproliferative Neoplasms and the American Society of Hematology. He has joined the Richard T Silver MPN Center as a physician-scientist both treating patients and conducting research.