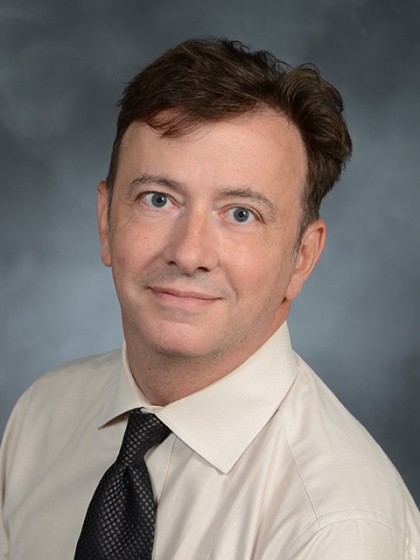 Dr. Georges Sylvestre is an expert in helping women who are at high risk for pregnancy complications to manage the journey from conception through childbirth. He finds it highly rewarding to help make the birth experience a positive and joyous one.

Born in France, Dr. Sylvestre spent most of his childhood and young adulthood in Montréal, Canada. He has been certified by the American Board of Obstetrics and Gynecology in MFM and Obstetrics and Gynecology and by the Royal College of Physicians and Surgeons of Canada. Dr. Sylvestre’s clinical interests revolve around medical complications of pregnancy, such as hypertension, diabetes and lupus, multifetal and IVF pregnancies. Dr. Sylvestre has held several clinical and leadership positions in the NYC area, and worked at Weill Cornell Medicine between 2004 and 2010. Dr. Sylvestre enjoys teaching medical students and residents and has won several teaching awards. Author of several peer-reviewed articles and a text book chapter, he is frequently invited as guest lecturer in the NYC area and abroad.

In his free time, Dr. Georges enjoys yoga, opera and traveling the world with young family. As a recent altruistic kidney donor, he stresses the importance of health optimization before and during pregnancy, during the postpartum period and well beyond.

A graduate of McGill University, in Montreal, Dr. Sylvestre received his M.D. from the McGill University Faculty of Medicine (1992). His post-doctoral training included a five-year residency in Obstetrics and Gynecology Residency at McGill (1997), and a Fellowship in Maternal-Fetal Medicine at the Albert Einstein College of Medicine, in New York City (2000).