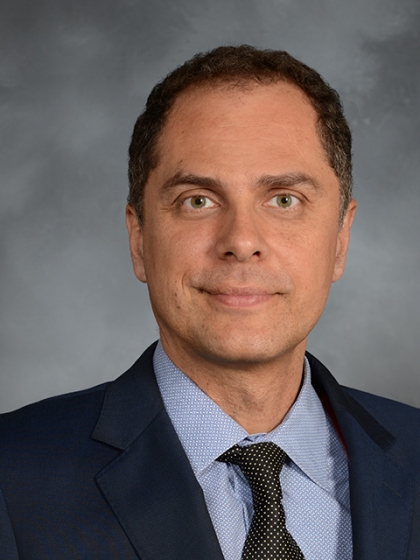 My main goal as an oncologist is to improve the quality and the duration of life of my patients and, all through their treatment, to develop an environment of compassion and mutual trust. Research in oncology is crucial for improving the prognosis of cancer patients and I have a strong passion for clinical and translational research. Each person is different and I am constantly striving to provide my patients the best personalized oncology care currently available for his or her specific condition. Additionally, I am committed to integrating innovative and more performant diagnostic and treatment methods within my practice.

Dr. Paul is an expert in the treatment of head and neck and lung cancer with a track record of developing successful multidisciplinary approaches to treat these conditions. He has also made major contributions as a translational and clinical researcher. Demonstrating a national and international presence in his field, he has widely presented his research defining specific therapeutic targets or processes that can be targeted for the improved treatment of cancer patients.

Dr. Paul received his MD from the Carol Davila Faculty of Medicine in Bucharest, Romania in 1993. At the Faculty of Paris 7, in 1995 he received his Clinical Oncology Diploma and in 1996 he received his Chronobiology Diploma and a Masters Degree in the Biology of Aging from the Faculty of Paris 6. In 2016, Dr. Paul received a PhD summa cum laude in Personalized Clinical Oncology, from the Faculty of Medicine in Craiova, Romania. Following his internal medicine residency at the Jacobi Hospital in the Bronx, he completed a hematology and medical oncology fellowship at Montefiore Hospital in 2002. He was a junior faculty member at Weill Cornell Medical College from 2003-2012 when he served as an Attending Physician in Hematology-Oncology at Lincoln Medical and Mental Health Center. Since 2012, he has been an Assistant Professor of Medicine at the Northwell Hofstra School of Medicine and an Attending Physician at the Northwell Health Monter Cancer Center. He has also been an Assistant Professor at the Feinstein Institute for Medical Research since 2017.