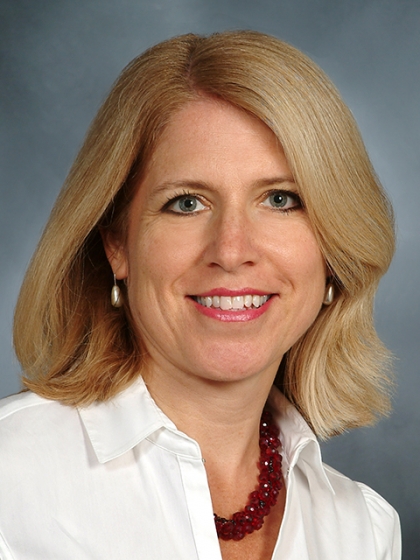 Yvonne Knapp, M.S., CCC, is a clinical speech-language pathologist in the Department of Otolaryngology. She holds a B.A. degree from Columbia College, Columbia University, an M.S. degree from Teachers College, Columbia University, is licensed in New York State, and holds the Certificate of Clinical Competence (CCC-SLP) from the American Speech-Language-Hearing Association (ASHA). Ms. Knapp specializes in craniofacial speech disorders, velopharyngeal dysfunction, voice disorders, and voice rehabilitation for laryngectomized individuals. She is a member of the Craniofacial and Children's Reconstructive Surgery Team at Cornell, as well as an integral part of the Cornell VPI Center.  Prior to joining Cornell, she served as Supervisor of Speech Pathology in the Department of Communication Disorders at Manhattan Eye, Ear & Throat Hospital (MEETH), Adjunct Professor at Teachers College/Columbia University and Long Island University/C.W. Post, and Supervisor of the Voice & Resonance Center at LIU.  She has also served as a guest lecturer at both state and local conferences. Ms. Knapp is a member of the American Speech-Language-Hearing Association (ASHA), the New York State Speech-Language-Hearing Association (NYSSLHA), the American Cleft Palate-Craniofacial Association (ACPA), and the Cleft Palate Foundation (CPF).