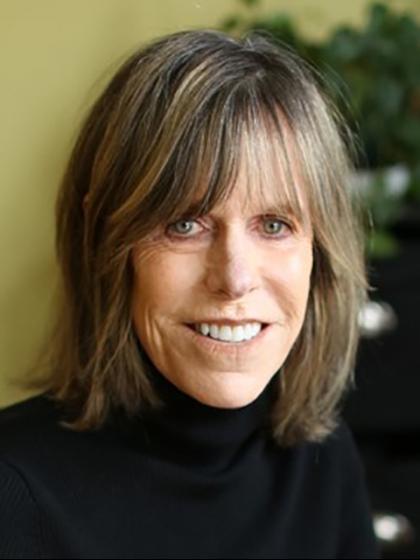 Dr. Susan Evans is Professor of Psychology in Clinical Psychiatry. She serves as Director of Education in Psychology and Director of the Cornell Cognitive Therapy Clinic. Dr. Evans is an expert in the cognitive behavioral treatment (CBT) of anxiety and mood disorders and utilizes a CBT approach to promote healthy lifestyles including weight reduction and management, exercise, and stress reduction. Dr. Evans established the Mindfulness Based Stress Reduction Program (http://psychiatry.weill.cornell.edu/mindfulness-based-stress-reduction-program) at New York Presbyterian Hospital in 2000 and teaches the 8 week course bi-annually.

Dr. Susan Evans received a Ph.D. in clinical psychology from the New School for Social Research. She completed a predoctoral internship at New York Hospital and a postdoctoral fellowship on an NIH training grant at Weill Cornell Medical College. Dr. Evans joined the full time faculty of Cornell University Medical College in 1997. An expert in the area of cognitive behavioral therapy (CBT), Dr. Evans is the Director of the Cornell Cognitive Therapy Clinic. She established the Mindfulness Based Stress Reduction (MBSR) (http://psychiatry.weill.cornell.edu/mindfulness-based-stress-reduction-program) at New York Presbyterian Hospital in 2000. MBSR involves training in mindfulness meditation and aims to promote mind-body health and well-being. The mission of the program is to deliver the MBSR group treatment to patients in the community and to conduct research on its effect. Dr. Evans’ research has focused primarily on cognitive behavioral therapy (CBT) and mindfulness approaches to physical and psychological conditions. She was principal investigator (P.I.) of an NIMH RO1 grant examining the effectiveness of CBT for HIV related peripheral neuropathy and has been PI of several institutional- supported studies related to CBT and mindfulness.

In recognition of her expertise and contributions, Dr. Evans was selected for the American Psychological Association Leadership Institute of Women in Psychology. She is a founding fellow of the Academy of Cognitive Therapy and a founding member of the New York City-Cognitive Behavior Therapy (NYC-CBT) Association. Dr. Evans has authored numerous articles and chapters on cognitive behavioral therapy, and studies in the areas of posttraumatic stress disorder, generalized anxiety disorder, depression, HIV/AIDS, and mindfulness based cognitive therapy. Dr. Evans presents her research worldwide and is regularly invited to conduct lectures, seminars and workshops in the US and abroad to professionals. Her expertise has been highlighted in various popular media outlets such as CBS Nightly News, Wall Street Report, New York Times, New York Magazine, the Huffington Post, Business Insider, Elle, Women's Day, Lifetime and Fitness, and Women’s Health magazines. She contributes regularly to the Weill Cornell Medical College's Women's Health Advisor. To schedule appointments: