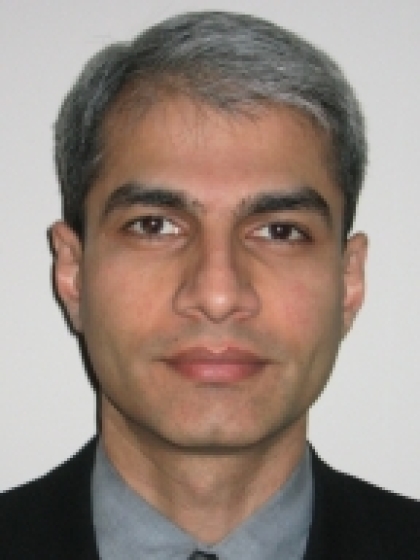 My ideal professional life has always been one with a balance of clinical research, patient care and teaching, though the relative proportions of each keep changing. I hope to continue to use my formal training as well as experience in patient oriented research, to specifically focus on disorders of iron metabolism, in particular transfusional iron overload in patients with thalassemia. Having taken complete charge of the Thalassemia Center that has been part of the Division for over 30+ years, I plan to continue my studies related to iron overload with this orphan disease patient population in collaboration with my colleagues in Medicine and transfusion medicine at Cornell and Columbia, as well with the national Thalassemia Network. The care of patients with hematologic disorders, primarily transfusion related conditions, has long been my primary clinical interest, and I strive to provide these patients with up-to-date comprehensive care. I continue to keep myself informed of progress in the literature and participate in education for medical students, residents and post-doctoral fellows, an activity that I feel passionate about and have been recognized for.

Dr. Sheth completed his medical training at the University of Bombay, receiving his medical degree (MBBS) in 1988 and completing his resident specialty training in Pediatrics (MD) in 1991. A year later, he entered Columbia University, College of Physicians & Surgeons as a Post-Doctoral Fellow in Pediatric Hematology/Oncology, completing his fellowship in 1995 and his obligatory additional year of residency in Pediatrics in 1996. Following his residency, Dr. Sheth joined the Columbia University faculty where he was appointed Assistant Professor of Pediatrics. In 2004, he assumed responsibility as Clinical Director of the Pediatric Hematology program, and was promoted to Associate Clinical Professor of Pediatrics.

In addition to his clinical work, Dr. Sheth is recognized for his dedication to medical education. At NewYork-Presbyterian Morgan Stanley Children's Hospital, he was voted Attending of the Year by the Pediatric Housestaff in 2010 and nominated for Teacher of the Year eight times, receiving the honor in 1999. He has served on resident selection and education committees, as well as on the Scientific Advisory Board, Irving Center for Clinical Research at NewYork-Presbyterian Hospital.

Assuming responsibility as Chief of the Division of Pediatric Hematology and Oncology, Dr. Sheth moved to Weill Cornell in 2011, and was appointed Professor of Clinical Pediatrics in 2012. Since then he has overseen a reorganization and renovation of the Division, practice and clinical facility, adding additional faculty both on the clinical and research arms.

Dr. Sheth has also established himself as a physician-scientist with a focus on clinical research related to disorders of iron overload. He has completed work as Principal Investigator on one NIH grant, "Mentored Patient-Oriented Hematology Research Training," and as co-investigator on several other NIH funded studies. He is currently working on research projects and clinical trials related to disorders of red blood cells and iron metabolism. He was appointed Vice-Chair for Clinical Research in 2014, and has worked on improving infrastructure, internal funding and overall support for clinical research in the Department.