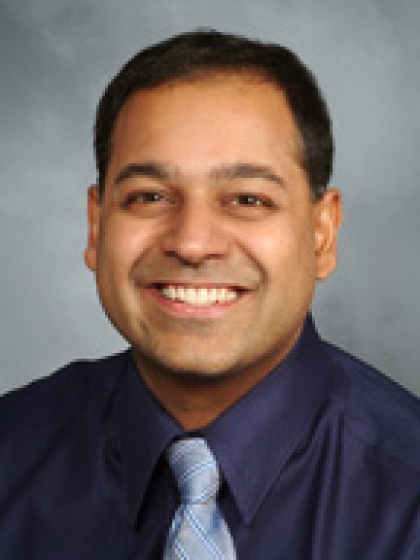 I truly value the strong and continuous connection I make with my patients as their internist. I'm committed to providing high quality, evidence-based and comprehensive care. My focus is on educating and motivating my patients, helping them make the best decisions for their health and working together towards prevention.

Dr. Sanjai Sinha received his undergraduate training at the University of California at Berkeley, where he graduated magna cum laude. He earned his medical degree at the Albert Einstein College of Medicine in 1998 and completed his internship and residency training at the New York University School of Medicine in 2001. Subsequently, Dr. Sinha had an illustrious career with the Department of Veterans Affairs from 2001 until October, 2012.  At the V.A., Dr. Sinha saw primary care patients, taught medical students and residents, chaired committees in pharmacy and therapeutics, and engaged in research in patient and physician predictors of heart failure management, before ultimately leading a department of primary care from 2010-2012. He held faculty appointments at both the Mount Sinai School of Medicine and Columbia University, College of Physicians and Surgeons. In 2006, Dr. Sinha won the VISN3 Network Director Award for Public Service and a Commendation from the Secretary of Veterans Affairs for his relief work in the gulf region after Hurricane Katrina. He won other national recognition from the Department of Veterans Affairs for leadership as well as implementation of the patient centered medical home. He joined Weill Cornell Medicine in November, 2012, where he spends part of his time as the Director of the Care Management program and the remainder in practice seeing patients and teaching. He is a Fellow of the American College of Physicians. He is board certified in internal medicine and practices at Weill Cornell Internal Medical Associates.