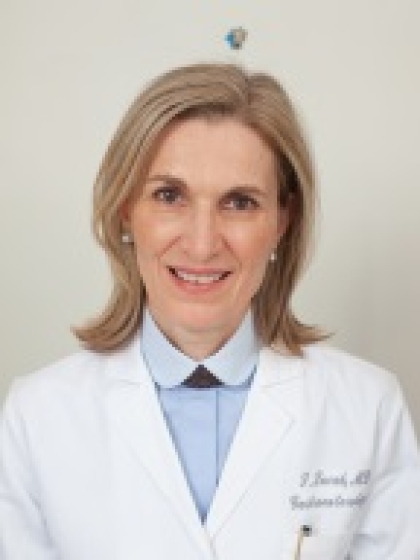 My approach to patient care is to listen carefully to patients’ symptoms and concerns. I perform a targeted work-up without excessive testing. During office visits a considerable amount of time is spent on educating patients about their conditions and on encouraging them to be involved in their own care. I believe that patient-physician relationship requires team-work and over the years this has resulted in the best outcomes.

Dr. Lucak has focused her practice on functional gastrointestinal disorders including irritable bowel syndrome, chronic abdominal pain, persistent diarrhea, chronic constipation, and bloating among others. She is particularly interested in the treatment of these disorders and has worked with pharmaceutical companies to educate doctors and health care providers about novel treatments for these medical conditions. She has lectured widely in the United States. Dr. Lucak is also involved in improving colon cancer screening rates and is part of the New York Citywide Colon Cancer Control Coalition (C5) which is a partnership between the NYC Department of Health and Mental Hygiene, the NYC Health and Hospital Corporation, the Greater NY Hospital Association, the American Cancer Society, local physicians, patients and community groups.  In the past, Dr. Lucak’s research efforts centered on evaluating the clinical efficacy and safety of IBS treatments and on various clinical aspects of functional gastrointestinal disorders.  She was a faculty member at Columbia University Medical Center for 24 years. Since 2010, she has been in private practice on the upper east side of Manhattan and in May 2014, Dr. Lucak joined Weill Cornell Medical College.

Dr. Lucak is the recipient of numerous honors and awards, some of which include: