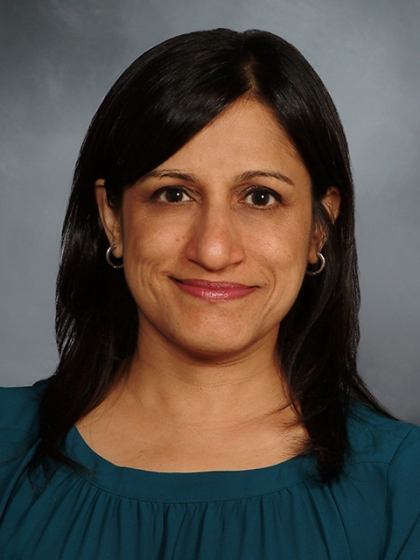 Dr. Shipra Kaicker is an Associate Professor of Clinical Pediatrics at Weill Cornell Medicine and Associate Attending Pediatrician at NewYork-Presbyterian Hospital.  Her clinical areas of interest are pediatric hematology, platelet disorders, immune cytopenias, anemias, sickle cell disease and bone marrow failure syndromes.  She is board certified in Pediatrics and Pediatric Hematology-Oncology. Dr. Kaicker received her M.B.B.S. degree at Lady Hardinge Medical College at the University of Delhi, New Delhi, India.  She completed her M.D. and Pediatric Residency at Maulana Azad Medical College, also at the University of New Delhi, where she also served as Senior Registrar (Chief Resident) in Pediatrics.  Dr. Kaicker expanded her training in New York City, where she completed a Post-Doctoral Clinical Fellowship and Post-Doctoral Research Fellowship, both in Pediatric Hematology-Oncology, at Columbia University Medical Center, and an additional Pediatric Residency at Saint Vincent's Medical Center. Dr. Kaicker is a clinical researcher and is participating in clinical trials for childhood immune thrombocytopenia as part of ICON ( ITP Consortium of North America) and collaborating with basic science researchers to identify biomarkers in childhood ITP

Honored by the Hemophilia Society of Delhi at their 25th Silver Jubilee function held on September 16, 2012 for volunteer work and contribution to care of hemophilia patients in Delhi, India. 2012