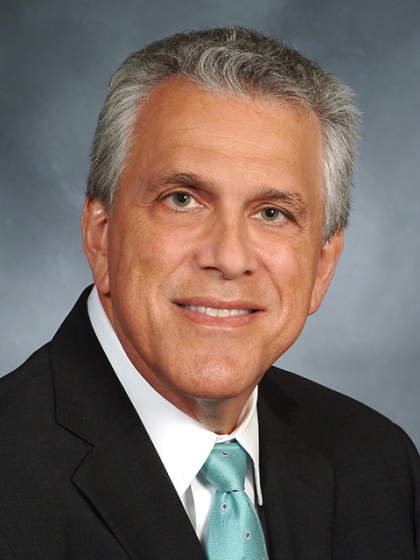 Samuel H. Selesnick, M.D., F.A.C.S. has been in practice for nearly 3 decades and continues to be named as one of the Best Doctors in lay publications.

Dr. Selesnick is Professor and Vice Chairman of the Department of Otolaryngology and Professor of Otolaryngology in Neurological Surgery at the Weill Cornell Medical College, and is a member of the Department of Neurological Surgery at Memorial Sloan Kettering Cancer Center. Dr. Selesnick is the Editor-in-Chief of The Laryngoscope, which is the oldest and largest otolaryngology peer reviewed journal. Dr. Selesnick is a Past President of the American Otological Society and a Past President of the American Neurotology Society. Dr. Selesnick is the General Secretary of the International Society for Otology (The Politzer Society). At the NewYork-Presbyterian Hospital/Weill Cornell Medical Center and Memorial Sloan Kettering Cancer Center, Dr. Selesnick has pioneered skull base surgery for acoustic neuromas as well as other skull base tumors. He is an expert in surgery for otosclerosis and cholesteatoma and placement of cochlear implants. Dr. Selesnick has lectured on these topics in 20 countries, across Europe, the Middle East, South America, and Asia.

If you are scheduled to see Dr. Selesnick as a new patient, please print and complete the Patient Packet and bring it with you on the day of your appointment.  Thank you.

Dr. Selesnick is the Editor-in-Chief of The Laryngoscope, which is the oldest and largest otolaryngology peer reviewed journal.

Neurotology encompasses lateral skull base surgery for tumors such as vestibular schwanommas (acoustic neuromas), meningiomas,epidermoid tumors and glomus tumors, as well as the surgical and medical treatment for patients suffering from complex ear-related problems such as hearing loss, otosclerosis, cholesteatoma and facial nerve tumors.

Dr. Selesnick has researched topics in neurotology - skull base surgery and otology, and has published extensively in peer reviewed journals. The second book he has co-edited was released in November 2010.

At the NewYork-Presbyterian Hospital/Weill Cornell Medical Center, Dr. Selesnick has pioneered skull base surgery for acoustic neuromas and meningiomas as well as other skull base lesions. He has pioneered the use of lasers for the treatment of hearing loss in otosclerosis, and for the treatment of cholesteatoma, during mastoidectomy surgery and for tympanoplasty to repair tympanic membrane perforation.

Dr. Selesnick received a Bachelor of Arts from Wesleyan University and graduated from the New York University School of Medicine. He completed his training in Otolaryngology at The Manhattan Eye, Ear, and Throat Hospital - Cornell Residency Program and went on to advanced Fellowship training in Otology, Neurotology, and Skull Base Surgery at The University of California, San Francisco. Dr. Selesnick has been frequently interviewed by the television, radio, and print media. He is an Honorary Police Surgeon in the New York Police Department.

"The Acoustic Neuroma Association would like to thank the Weill Cornell Brain and Spine Center for partnering with the ANA as a Gold sponsor."

To learn more about ANA please click the below link: https://www.anausa.org

Past President of the American Otological Society

Past President of the American Neurotology Society.

Recipient of the Honor Award from the American Academy of Otolaryngology - Head and Neck Surgery.

Named one of the Top Doctors in New York City, by lay publications.