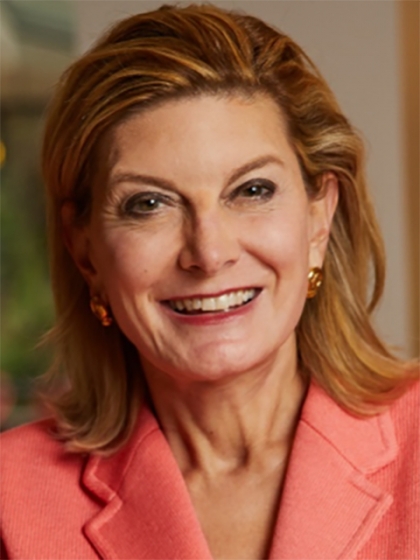 My approach is to provide comprehensive care that can restore the highest quality of life after treatment. I believe the key to achieving the best outcomes for my patients is through close communication among a multidisciplinary group of physicians and health professionals who are involved in the patients care. This multidisciplinary approach enables patients to see the appropriate doctors under one roof, on the same day, and even at the same time, if necessary.

When deciding how to treat your breast cancer, it's important to understand all of your surgical options.  Dr. Rache Simmons is a certified Hidden Scar Breast Surgeon and a Hidden Scar Center of Excellence.  Learn more about how this remarkable surgical procedure can help preserve a natural-looking breast HERE, or call her office to learn more.

View the Video Library for Dr. Simmons at YouTube

Dr. Rache M. Simmons is a nationally and internationally renowned breast cancer surgeon at NewYork-Presbyterian/Weill Cornell Medical Center who is recognized for her innovations and contributions in the field of minimally invasive breast cancer surgery. She also serves in the leadership position of Assistant Dean for Faculty Diversity at Weill Cornell Medical College.

Dr. Simmons is a graduate of Duke University and Duke University Medical School. After her surgical training she did a Breast Oncology Fellowship at NewYork-Presbyterian Hospital where she then was invited to join the surgical faculty. She has been on the surgical faculty since that time and is a Professor of Surgery at Weill Cornell Medical College; the Anne K. and Edwin C. Weiskopf Professor of Surgical Oncology and an Attending Surgeon at NewYork-Presbyterian/Weill Cornell Medical Center. Since 2010, she has served as Director of Gender Diversity at Weill Cornell Medical College and for the Department of Surgery.

For her clinical work she has been selected by the NY Post Best Cancer Doctors in 1998, and by Castle Connolly Guide Top Doctors in the New York Metro Area 2000-2014 and Best Doctors in America 2005-2014. In 2010-2013, Dr. Simmons was recognized as one of New York's SuperDoctors, an honor accorded only 5 percent of physicians in New York. In 2011-2014 Dr. Simmons was named "Best Doctors in New York" by New York Magazine, and was named by US News & World Report as one of "America's Best Doctors", cited as among the top 1% of doctors in the country.

In 2011, in recognition for its excellence in clinical care, Weill Cornell Breast Center was accredited by the National Accreditation Program for Breast Centers, one of only three accredited breast centers in NYC. Dr. Simmons provided leadership on the NAPBC accreditation process.

Dr. Simmons is a prolific writer and speaker on her topics of research, which predominantly involve ways to treat breast cancer patients with less invasive and more cosmetically desirable techniques.

Dr. Simmons is the author of over 100 scientific articles and book chapters on the surgical treatment of breast cancer, and has been invited to lecture at 100 national and international professional medical conferences. Not only is she a popular scientific lecturer because of her expertise, she is often interviewed by consumer media such as CNN, CBS Evening News, Good Morning America, Fox News and ABC Evening News. Her research has been featured in many publications, including the Wall Street Journal, New York Magazine and Ladies Home Journal. She was featured on the Oprah Winfrey Show about her pioneering work in the field of breast cancer surgery.

Dr. Simmons is very interested exploring new ways to improve the cosmetic appearance of patients who need breast cancer surgery. Obviously the most important goal is to cure the breast cancer but how the patient looks after the surgical treatment has a significant impact on her ability to resume her normal life. Because of the concern to maintain optimal cosmetic results, Dr. Simmons has done extensive research in ways to provide minimally invasive and cosmetically advantageous surgery to her patients. She is a pioneer in the area of skin sparing mastectomy in which she has the largest published series in the New York Metropolitan Area. Dr. Simmons is well known as having invented the Skin and Areola Sparing Mastectomy Operation. Today many of her patients have a mastectomy that saves all the skin of the breast as well as the nipple areolar complex. After immediate reconstruction of the patient's breast the appearance is very natural, such that in many patients it is difficult to tell she underwent any surgery at all. Dr. Simmons states that she always finds it a complement when her patient's other doctors have to ask during examination "which breast had the mastectomy?"

She is the first surgeon in the New York Metropolitan Area to evaluate the use of freezing to destroy both benign breast tumors and breast cancers. Because of her research this technology has become an accepted option for the treatment of benign tumors called fibroadenomas. She is the lead investigator in a national NIH multicenter trial evaluating this type of ablative therapy as a treatment for breast cancer. This is expected to create a new age for the treatment of breast cancers without surgery in the near future.

To view Dr. Simmons featured in US News and World Report, click here

To view a video of Dr. Simmons talking about the newest surgical treatments for breast cancer, click here

To view Dr. Simmons interview on Fox 5 News at 6 on the importance of breast self examination, click here     To view Dr. Simmons on Fox 5 News, click here   To view an ad featuring Dr. Rache Simmons, please click here   Dr. Simmons has also made significant contributions to the development of the sentinel lymph node biopsy technique. She was the first to use a blue dye called methylene blue that she found through research to be equally accurate and a safer alternative to the lymphazurin blue dye that had been used earlier. Because of her recommendations, the use of this safer blue dye has changed the practice of many surgeons around the country.

Because of her national and international respected reputation as a researcher, teacher and clinical breast cancer surgeon she was elected as the President of the American Society of Breast Surgeons in 1999. She also serves on multiple regional and national medical boards such as the Surgical Oncology Advisory Committee of the American Board of Surgery, Board of Directors of National Accreditation Program for Breast Centers, Board of Directors of the Commission on Cancer, Komen Foundation Medical Advisory Committee for the Greater NYC Area.