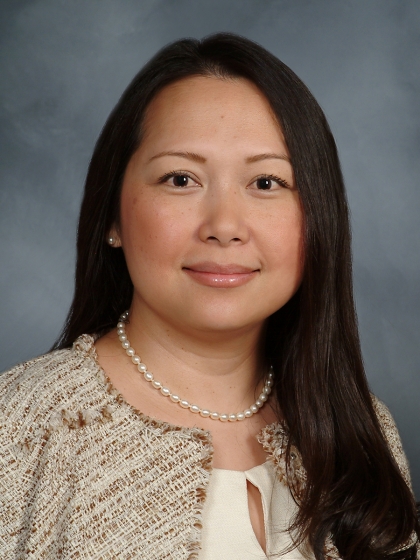 Quynh A. Truong, M.D., M.P.H., is a board-certified cardiologist specializing in cardiac imaging, with interest in cardiac computed tomography (CT) research in patients with ischemic heart disease and heart failure.  She is Assistant Professor of Radiology at Weill Cornell Medical College and Assistant Attending Radiologist at the NewYork-Presbyterian Hospital-Weill Cornell Campus.

After completing residency training in Internal Medicine (1999-2002) at the NewYork-Presbyterian Hospital-Weill Cornell Medical Center in New York City, Dr. Truong was the recipient of the Glorney-Raisbeck Fellowship in Cardiovascular Diseases of the New York Academy of Medicine and spent one year as Postdoctoral Research Fellow in The Breslow Laboratory of Biochemical Genetics and Metabolism at The Rockefeller University in New York City.  Dr. Truong continued her training and completed a 3-year Fellowship (2006-2009) in Cardiology at the University of California, San Francisco (UCSF).   Dr. Truong then joined Massachusetts General Hospital (MGH) and focused on Cardiac CT and Cardiac MRI as an NIH T-32 Clinical Research Fellow from 2006-2009.

After training, Dr. Truong was appointed to the medical staff of MGH as Clinical Assistant in Radiology from 2009-2014 and Assistant in Medicine, Division of Cardiology from 2010-2014.   During this period she was also appointed to the faculty of Harvard Medical School as Instructor in Radiology (2008-2010); Instructor in Medicine (2010-2011); and Assistant Professor of Medicine (2011-2014).   Dr. Truong started on the Weill Cornell Medical College faculty as Assistant Professor of Radiology in April 2014.   Dr. Truong achieved Board Certification in Internal Medicine from the American Board of Internal Medicine (ABIM) in 2002; in Cardiovascular Disease in 2006 and in Nuclear Cardiology in 2007. She also has Board Certification in Cardiovascular Computed-Tomography (2009).

At Weill Cornell Medical College, Dr. Truong is Co-Director of Cardiac CT and Director of Cardiac CT Research within the Dalio Institute of Cardiovascular Imaging (ICI) in the Department of Radiology.  Her research interests include developing novel use of cardiac CT to improve the efficacy of invasive cardiac procedures, therapies, and use in combination with circulating biomarkers in patients with heart failure and ischemic heart disease.  She is the Principal Investigator of a NIH K23 grant to examine the predictive value of cardiac CT and biomarkers in severe heart failure patients undergoing device therapy.  She is a key co-investigator for NIH-funded ROMICAT I and II trials, which showed the clinical utility and cost-effectiveness of using cardiac CT for early triage of Emergency Room patients who present with acute chest pain and an intermediate likelihood of acute coronary syndrome.  For the multicenter ROMICAT II trial, she served on the steering and publication committees as well as site co-PI.  She was the site PI for two multicenter stable chest pain studies comparing cardiac CT to stress testing (RESCUE and PROMISE).  She is now actively involved with the CCTA Core Lab for the NIH-funded ISCHEMIA trial.

Dr. Truong has published over 80 peer-reviewed manuscripts, review articles, and book chapters, including leading journals such as the New England Journal of Medicine and Circulation.  She is active in national professional societies and is a reviewer for prestigious journals including Annals of Internal Medicine, Atherosclerosis, Circulation, and Journal of the American College of Cardiology.  In addition to clinical and research activities, she will be teaching residents, fellows, and medical students.

Dr. Truong is a member of the following professional societies: