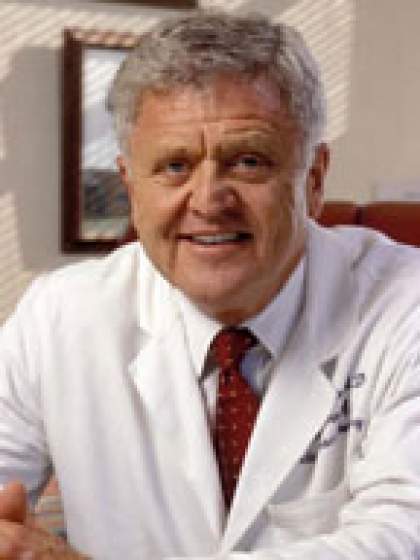 Ours is truly an outstanding staff. The physicians, anesthesiologists, cardiologists, nurses and administrative staff are some of the most capable people in the country, and they are right here at Weill Cornell Medical Center. The quality of our care is the result of a team effort. I am not only speaking of the surgical team, I mean everyone--from the doctors to the people who clean the operating rooms. Being the best means taking pride in what you do, caring a little more and going a little further--everyone here does, and its evidence is in our results.

Following his undergraduate studies at Texas Tech, Dr. Isom earned his medical degree at the University of Texas Southwestern Medical School in 1965. He then went on to finish a medical internship and general surgery residency at Parkland Hospital in Dallas; in 1970, he completed a cardiothoracic residency at New York University Medical Center. Dr. Isom joined the faculty at NYU School of Medicine, and, in 1978, he became Professor of Surgery and Director of the Cardiothoracic Training Program, a position he held for the next seven years.

In 1985, Dr. Isom was recruited to the New York-Cornell Medical Center (before The New York Hospital and Presbyterian Hospital merged to become New York Presbyterian Hospital) and assumed the Chairmanship of the Department of Cardiothoracic Surgery. Under his supervision, the Cardiothoracic surgeons at New York Presbyterian-Weill Cornell Medical Center have performed over 40,000 open-heart procedures, with results ranking the center as one of the best in the country.

Over his 50-year career, Dr. Isom has been responsible for teaching third year medical students, as well as general surgery house staff. He has also been instrumental in training over 80 cardiothoracic surgeons who are now either practicing or teaching throughout the country. The medical students at New York Presbyterian-Weill Cornell Medical Center have honored Dr. Isom in the past with the Cornell Medical College Third Year Teaching Award.

Dr. Isom is a member of numerous medical and surgical societies, including the American Association for Thoracic Surgery and the American College of Surgeons. He has been a Board Member of the American Heart Association in New York City for many years and in June 2012 named him "One of the 20 Champions of Heart & Stroke".  Most recently Texas Tech University honored him with an Honorary Doctor of Science degree.

Dr. Isom is the father of five children and currently resides in Manhattan with his wife, Pat.

American Heart Association June 2012, One of 20 Champions of Heart & Stroke