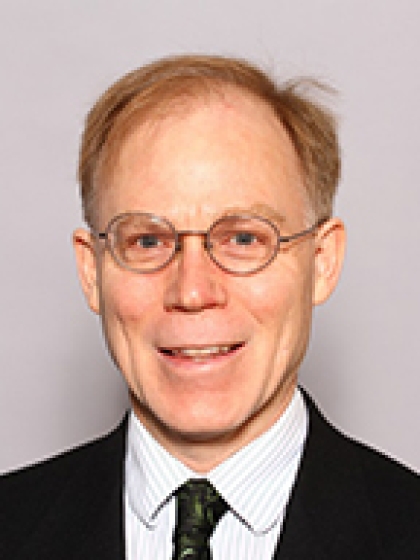 Martin R. Prince is currently Professor of Radiology at Cornell and Columbia Universities in New York City, and Chief of MRI at New York Hospital with his time allocated 50% for clinical MR and 50% for MR research. He received his medical degree from Harvard University and a doctoral degree in medical physics from Massachusetts Institute of Technology. After completing an internal medicine internship at the University of California, San Francisco, he undertook an angiography research fellowship at Massachusetts General Hospital and then stayed on at MGH to complete a radiology residency and an MRI fellowship. Dr. Prince is known for developing contrast-enhanced MR Angiography. He has also been an associate editor of Radiology and an enthusiastic teacher and promoter of MRI to radiologists and other physicians. He is active in the national efforts to establish standards for accrediting MRI facilities and for securing reimbursement for MR Examinations at ISMRM. Dr. Prince has been an active member of both the Publications Committee and the Scientific Program Committee, and believes that ongoing research and intensive education of radiologists, technologists and MR scientists is paramount to the continued success of MRI. He co-directs the annual ISMRM educational and categorical MRA courses. For more information, click here: http://www.mrprotocols.com.

Martin R. Prince developed the Nitinol IVC Filter during undergraduate and master's thesis research in Mechanical Engineering at Massachusetts Institute of Technology. At Harvard Medical School, he graduated cum laude based on his MD thesis research on the interaction of laser radiation with vascular tissues. During his doctoral thesis research in Medical Engineering and Physics at MIT, he developed techniques for laser fragmentation of calcific plaque and other calcific materials. This led to introduction of the laser lithotrytor for fragmentation of kidney stones. His doctoral thesis research also included invention of several optical fiber devices that are being commercialized for optical diagnostic techniques.

He completed an internship in internal medicine at the University of California at San Francisco, Moffit Hospital, and then a residency in radiology at Massachusetts General Hospital as well as fellowships in MRI and Angiography at Massachusetts General Hospital. While at MGH, Dr. Prince developed high-dose, gadolinium-enhanced MR Angiography. After a short appointment as research scientist at Harvard Medical School, he took a position as Assistant Professor of Radiology at the University of Michigan and later as co-director of MRI. At Michigan, Dr. Prince developed a bolus triggering Gd:MRA technique which GE commercialized as MR Smartprep. He extensively investigated dynamic gadolinium contrast injection schemes eventually developing the SmartSet hand injection system for MR Angiography and creating TopSpins, Inc. to commercialize it. He established the safety of high-dose gadolinium in patients with renal insufficiency and working with Jeff Maki, articulated the artifacts on 3D Gd:MRA related to contrast concentration variations in Fourier Space. Working with James Meaney, he developed bolus chase MR Angiography which has been commercialized by all scanner manufacturers for performing peripheral MR Angiography.

Since arriving at Cornell University, Dr. Prince has developed refinements of k-space mapping for MRA techniques, which accelerate data acquisition and minimize artifacts. He has also developed methods for acquisition and post-processing of time-resolved MR Angiography data including an innovative method developed with Professor Ramin Zabeh for automating post-processing of time-resolved data.

Currently Dr. Prince is Professsor of Radiology at Weill Medical College of Cornell University and adjunct Professor of Radiology at Columbia College of Physicians and Surgeons. He is also Chief of MRI at New York Hospital and runs an active program of MR Angiography research. He is involved with MR education and has created www.mrprotocols.com. He has co-authored two books including "3D Contrast MR Angiography," which is in its 3rd edition, and "Picture to Proton" a primer on MR physics.