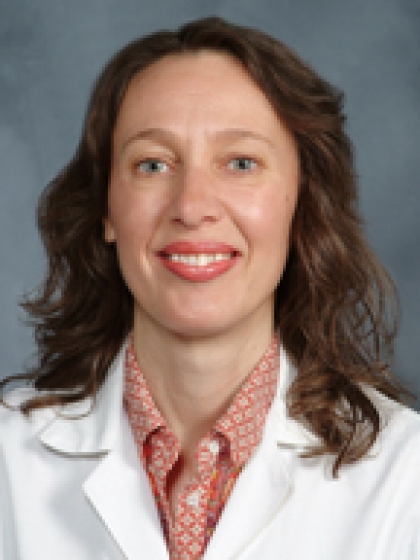 My approach to treating a patient is to first develop a trusted relationships with patients and families.  Then, provide a comprehensive and interdisciplinary care where prevention, treatment and counseling are equally pursued.  Finally, honor the choices patients make regarding their care and provide emotional support when they encounter challenging life situations.

Milena Nikolova accomplished her initial undergraduate studies in Liberal Arts at Seminole Community College in Sanford, Florida.  She graduated in 2004 with High Honors and was presented with the Biology Academic Achievement Award.  Subsequently, she completed her undergraduate studies in Nursing at Florida Hospital College of Health Sciences in Orlando, Florida.  She received her Associate in Nursing Degree in 2006 when she was also given the Excellence in Nursing Award.  She received her Bachelor in Nursing Degree in 2008 while she was working as a Critical Care RN on the Cardiac ICU at Florida Hospital.  Afterwards, she served as an Adjunct Clinical Instructor until 2009.  Finally, she received her Master in Nursing Degree in 2011 at Hunter-Bellevue School of Nursing in New York where she graduated with Cum Laude and was awarded the Certificate of Academic Excellence in Nursing.  Before joining Weill Cornell Medicine, Ms. Nikolova worked as an Assistant Nurse Manager on the MSICU at Lenox Hill Hospital until 2011.

Ms. Nikolova is a Nurse Practitioner in Adult Health.  She provides primary care as well as urgent care to patients at the Weill Cornell Internal Medicine Associates.  She has a particular interest in the areas of Diabetes, Cardiovascular Health and Clinical Nutrition.