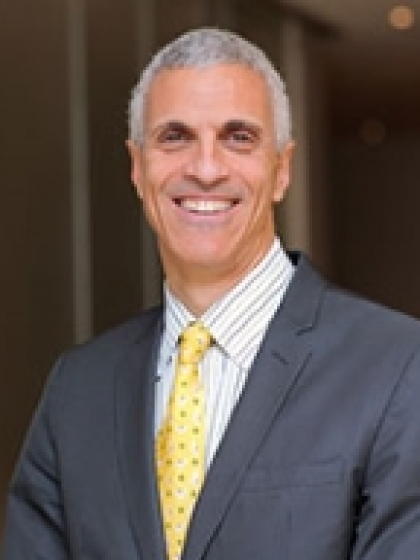 Mark M. Souweidane, MD has dedicated his career to the surgical treatment of children with brain and spinal disorders. His talents as a surgeon are paralleled by a caring attitude and time commitment to patients and their families. That Weill Cornell Medicine is a recognized leader in Pediatric Neurosurgery is a direct result of his recruitment in 1995 and his ongoing devotion to contemporary surgical techniques and investigative endeavors. Specialized surgical skills have gained him international reputation for specific procedures, including removal of intraventricular brain tumors, management of pineal region tumors, treatment of congenital cysts, and surgery for Chiari malformation. In addition to the development of a world-class Pediatric Neurosurgery service, he has championed minimal access neurosurgery. His publications, clinical case volume, and practical courses continue to draw patients and practitioners that benefit from his endoscopic talents. His commitment to the education of future pediatric neurosurgeons is reflected in his participation on the Committee of Admissions for the medical college, his lectures to medical school students, his role as resident advisor, and resident mentoring at one of the country's premier training programs. Surgical areas of expertise include:

>> Treatment for Chiari malformations and syringomyelia

Please confirm the location of your appointment with your patient coordinator.

Dr. Mark M. Souweidane completed his undergraduate training at the University of Michigan where he graduated with distinction in Microbiology. He attended Wayne State University Medical School as a member of the Alpha Omega Alpha Honor Society. His general surgery internship was completed at University of Michigan Hospitals and he subsequently did his neurosurgery residency at New York University under the direction of Drs. Joseph Ransohoff and Fred Epstein. He served as the chief clinical fellow for pediatric neurosurgery at the Hospital for Sick Children in Toronto during Harold Hoffman's tenure as chairman.

He has gained international acclaim in minimally invasive endoscopic neurosurgery for the treatment of hydrocephalus, intraventricular brain tumors, colloid cysts, and congenital cysts. His other areas of expertise include brain and spinal cord tumors of childhood, Chiari malformations, congenital spinal disorders, arachnoid cysts, and pediatric vascular disorders. His commitment to advanced surgical therapy for children with brain tumors is exemplified by his appointment as Chairman of the Neurosurgery Committee of the Children's Oncology Group. He is a member of the Professional Advisory Board of the Children's Brain Tumor Foundation. He has published 60 peer reviewed articles, authored 6 book chapters, and serves on the editorial board of the journal Neurosurgery. He is the principal investigator of a laboratory that is partly funded by the Pediatric Brain Tumor Foundation. His laboratory focuses on improving the outcome of children with brain tumors by studying experimental local delivery and brain tumor modeling.