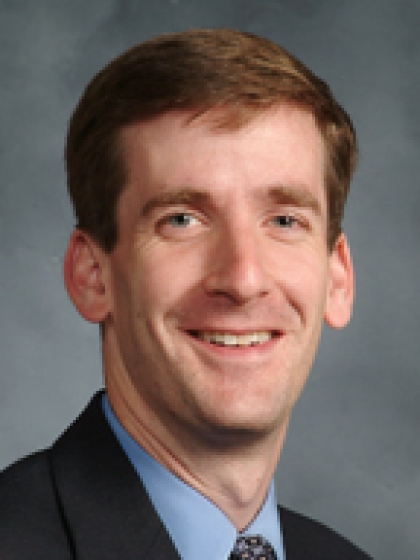 It is my goal to give patients with neurological visual disorders the finest and most compassionate care possible. Whether they suffer from loss of vision, double vision, unstable eye movements or problems with the lids and pupils, I recognize that my patients' whole lives may be affected. They deserve a careful diagnosis, state of the art treatment and caring, clear communication from me. I believe that even the most complicated of concepts can be explained in a straightforward fashion to my patients, alleviating the anxiety that can be associated with neurological problems.

The field of neuro-ophthalmology poses great therapeutic challenges, but through clinical research, these challenges can be overcome one step at a time. The care of patients is similarly enhanced through the teaching and mentorship of the next generation of physicians, and I am passionate about making neuro-ophthalmology accessible to neurologists, ophthalmologists and students alike. Together, we can do our best to make our patients' vision and lives as good as possible.

After graduating from Harvard University and Weill Cornell Medical College, he completed his neurology residency at New York Presbyterian Hospital where he was also chief resident.  Following that, he completed a clinical fellowship in Neuro-ophthalmology at the Massachusetts Eye and Ear Infirmary in Boston, MA. Before returning to New York, Dr. Dinkin spent two years as a neuro-ophthalmologist at Harvard Medical School and the Brigham and Women’s Hospital, where he helped develop a neuro-ophthalmology fellowship at the hospital and was Associate Director of the Neurology Clerkship.

Dr. Dinkin has published numerous papers and chapters on topics in his fields including neuromyelitis optica, nystagmus, ischemic optic neuropathy and diagnostic imaging. He has presented abstracts at local, regional and national conferences in neuro-ophthalmology and neurology. He also serves as an ad hoc reviewer for several major journals in the field. Dr. Dinkin is also an invited lecturer at the Lancaster Course in Ophthalmology, the Greater New York Ophthalmology Clinical Lecture Series, the New England Ophthalmological Society and has been awarded numerous awards for teaching and clinical care as well as the Rabkin Fellowship in Medical Education at Harvard Medical School.

Dr. Dinkin is currently accepting new patients. Appointments can be made by calling (646)962-2020, or by visiting http://www.weillcornelleye.org/.

Award for Teaching Excellence. “In recognition of outstanding contributions as an educator in Brain and Mind.” (2015)

Award for Excellence in Teaching. “In recognition of outstanding contributions to the education of WCMC-Q students.” (2015)

House Staff Teaching Award.   Awarded by graduating medical students to one resident across all departments for “the house staff member who best demonstrates clinical excellence and dedication to teaching, as chosen by the graduating class.” (2006)

Class of 1952 Resident Physician Prize. Awarded “for excellence and dedication in the instruction of medical students by vote of the graduating class.” (2006)

John Metcalf Polk Prize. Awarded to “the four medical students who place at the top of their class for scholastic performance during all four years.”  (2002)

Richard N. Kohl Prize for Excellence in Psychiatry.  Awarded to “a member of the graduating class who has demonstrated the most proficiency in psychiatry.” (2002)