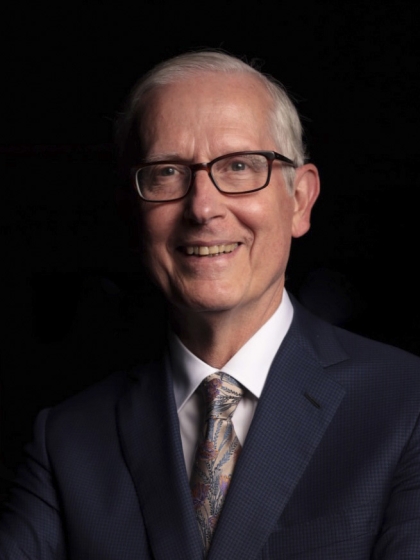 Fabrizio Michelassi, M.D, F.A.C.S., E.S.A. (Hon.), S.I.C. (Hon.), S.A.C.P.N.E. (Hon.) is the Lewis Atterbury Stimson Professor of Surgery and Chairman of Surgery at Weill Cornell Medicine and Surgeon-in-Chief at NewYork-Presbyterian/Weill Cornell Medical Center. A world-renowned gastrointestinal surgeon with a strong expertise in the surgical treatment of gastrointestinal and pancreatic cancers as well as inflammatory bowel disease, Dr. Michelassi has contributed new insight in the surgical treatment of pancreatic and colorectal cancers, ulcerative colitis and Crohn’s disease though research and participation to multiple clinical trials. His experience and expertise in treating Crohn’s disease led him to develop a novel bowel-sparing procedure, now known as the Michelassi strictureplasty, designed to avoid sacrificing large amounts of bowel at the time of surgery and facilitating quiescence of the acute disease affecting the diseased intestinal loops.

A prolific author of more than 330 papers, book chapters and abstracts, he has edited a book on “Operative strategies in inflammatory bowel disease” and has produced fifteen instructional movies for surgeons on the surgical treatment of complications of Crohn’s disease and ulcerative colitis. Internationally renowned as an outstanding clinician, researcher and teacher, Dr. Michelassi has been invited to be a visiting professor, deliver keynote lectures and named lectures at more than 400 national and international institutions. He has received over 25 NIH, Foundation and Industry grants. He is the holder of 3 patents.

Dr. Michelassi is Associate Editor of the Annuals of Surgical Oncology and serves or has served on the editorial boards of nine prestigious medical journals including:  The Journal of Gastrointestinal Surgery, Surgery, The British Journal of Surgery, Annals of Surgery, Digestive Surgery, Inflammatory Bowel Diseases, Nature Clinical Practice Gastroenterology and Hepatology and the World Journal of Surgery. A recognized leader in the gastrointestinal surgical field, Dr. Michelassi has been appointed to many international and national task forces and panels. A member of more than 50 professional societies and foundations, Dr. Michelassi was elected to leadership positions in many of them and has served as President in seven of them:  the Society for the Surgery of the Alimentary Tract, the Society of Surgical Oncology, the Society of Surgical Chairs, the Western Surgical Society, the Central Surgical Association, the Illinois Surgical Society and the New York Surgical Society. Dr. Michelassi is an honorary fellow of the Italian Society of Surgery, the Sociedad Argentina de Coloproctologia (N.E.) and the European Surgical Association. Moreover, Dr. Michelassi was inducted as a member of the inaugural class of the American College of Surgeons Academy of Master Surgeon Educators in 2018. The Academy of Master Surgeon Educators was created to continually advance the science and implementation of education—teaching, learning, assessment, and scholarship—across all specialties of surgery through innovation and promotion of the highest achievements in lifelong learning. Furthermore, Dr. Michelassi was named an honorary fellow of the Society of Black Academic Surgeons in 2019. The society’s mission is to improve health, advance science, and foster careers of African American and other underrepresented minority surgeons.

Dr. Michelassi has an abiding interest in educating and training the next cadre of academic surgeons. He has been nominated as the outstanding teacher of the year by residents on three separate occasions. Dr. Michelassi has earned numerous awards for his innovative contributions to advancing the treatment of digestive diseases, including the Andrew W. Mellon Foundation Award, the American Cancer Society Cancer Development Award and the Distinguished Leadership Award from the Crohn's and Colitis Foundation of America. Dr. Michelassi has received federal and non-federal support for his research. His research on Crohn’s disease has been funded by the International Organization of Inflammatory Bowel Disease and numerous other foundations; his research on the genetics of gastrointestinal cancer has been funded by the National Institutes of Health and the American Cancer Society.

Dr. Michelassi has been repeatedly recognized by New York Magazine and by U.S. News & World Report as one of the "Best Doctors”. In 2014, he was awarded the National Physician of the Year for Clinical Excellence by Castle Connolly Med. Ltd. In addition, he has received two distinguished service awards:  The Society of Surgical Oncology (SSO) Distinguished Service Award and the Maurice R. Greenberg Distinguished Service Award of Weill Cornell Medicine and NewYork-Presbyterian Hospital. In 2019, Dr. Michelassi was named an honorary fellow of the Society of Black Academic Surgeons. The society’s mission is to improve health, advance science, and foster careers of African American and other underrepresented minority surgeons.  In 2022, Dr. Michelassi was honored with the SSAT Founders Medal, in recognition of his contributions to GI Surgery.  These awards acknowledge Dr. Michelassi’s dedication to service to the field of Surgery and to the Institution where he works.

Click here to read more about Dr. Michelassi's physician of the year award

Check out Dr. Michelassi's interview on Tg2 Medicine 33, an Italian television program that highlights specialists in the field of medicine.

Dr. Michelassi was featured in a story about his pioneering crohn's surgery on the award-winning ABC-TV documentary series, "NY Med". To view the episode please click here.

Dr. Michelassi has earned numerous awards for his innovative contributions to advancing the treatment of digestive diseases, including the Andrew W. Mellon Foundation Award, the American Cancer Society Cancer Development Award and the Distinguished Leadership Award from the Crohn's and Colitis Foundation of America. His research on Crohn's disease has been funded by the International Organization of Inflammatory Bowel Disease and his research on the genetics of gastrointestinal cancer has been funded by the National Institutes of Health and the American Cancer Society. He has been repeatedly recognized by Castle Connolly, New York Magazine and Chicago Magazine as one of the "Best Doctors in America." He was chosen as one of "America's Top Surgeons" by the Consumers' Research Council of America, and has been selected as one of New York's "Super Doctors" every year since 2008, an honor accorded to fewer than 5 percent of all New York physicians. Since 2011, Dr. Michelassi was named as one of "America's Top Doctors" by US News & World Report. Dr. Michelassi was named to "Who's Who Among Executives, Professional and Entrepreneurs" nationally.

In 2009, in recognition of his many lifetime achievements, Dr. Michelassi was honored as an Official of the Order of Merit of the Republic of Italy with the rank of Commendatore, the most prestigious and important distinction awarded by the President of the Republic of Italy to Italian citizens of particular merit. He was also inducted as a member of the American Society of the Italian Legions of Merit (ASILM), the Italian-American society comprised of those 600 individuals who have been so decorated by the Republic of Italy. In 2010, Dr. Michelassi received the prestigious 2010 Golden Lion Award from the Order of the Sons of Italy in America and the "Campano d'Oro" medal from the University of Pisa, the highest honor that can be accorded to a University of Pisa alumnus. In 2012, Dr. Michelassi was awarded the Faculty Teaching Award for "Excellence in Surgical Teaching and Outstanding Commitment to Resident Education," awarded by the Chief General Surgery Residents of the Department of Surgery, 2011-2012.