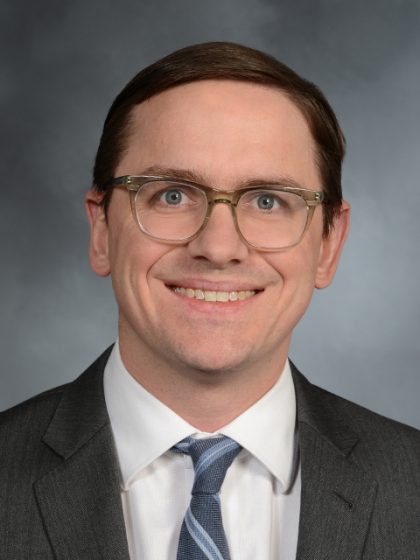 Michael Baad, MD is a radiologist specializing in Pediatric Radiology. He is an Assistant Professor of Radiology at Weill Cornell Medicine and an Assistant Attending Radiologist at the NewYork-Presbyterian Hospital-Weill Cornell Campus.     Dr. Baad graduated summa cum laude from the University of Michigan where he earned his B.S.E. in Biomedical Engineering in 2005. He then received his M.D. at Weill Cornell Medical College in 2011.     Following an internship in Preliminary Medicine at New York-Presbyterian Hospital Queens, Dr. Baad served as a resident in Diagnostic Radiology from 2012 to 2016 at the University of Chicago. He subsequently completed a fellowship in Pediatric Radiology at the Children’s Hospital of Philadelphia in 2017. Dr. Baad joined the faculty at Weill Cornell Medicine in August 2017 as Assistant Attending of Radiology.     Dr. Baad's clinical expertise is in pediatric imaging, where he interprets a wide variety of studies including radiographs, CT, ultrasound and MRI. He also performs pediatric fluoroscopic procedures including esophagrams, upper GIs, small bowel follow throughs, contrast enemas, intussusception reductions and voiding cystourethrograms.     Dr. Baad's research interests are focused on pediatric dose reduction and advancing modalities without ionizing radiation, such as pediatric body MRI and ultrasound. He also has expertise using contrast enhanced ultrasound (CEUS) for a variety of clinical applications, including liver lesion characterization and contrast enhanced voiding urosonography (ceVUS). Dr. Baad has numerous peer reviewed publications and presentations at national meetings.     In addition to clinical and research interests, Dr. Baad is an active teacher of residents, fellows and medical students. He is a member of the American College of Radiology CPI expert panel in Pediatric Radiology. Dr. Baad is also a member of the Society for Pediatric Radiology, Radiological Society of North America, American Roentgen Ray Society, and the American College of Radiology.