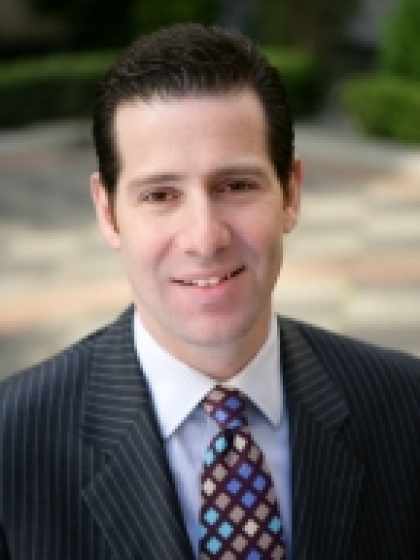 Michael Kaplitt, PhD, MD specializes in neurosurgical treatment of movement disorders, including Parkinson's disease, essential tremor and dystonia, using various surgical approaches including deep brain stimulation. He also specializes in surgery for intractable pain and spasticity, implanting devices such as spinal cord stimulators and spinal infusion pumps. He is also an expert in the treatment of trigeminal neuralgia and hydrocephalus, and performs general neurosurgery as well. In 2016 Dr. Kaplitt became the first in New York to use high-intensity focused ultrasound for the treatment of essential tremor, just weeks after the procedure received FDA approval.  He works with a team of specialists, including neurologists, neurophysiologists, neuropsychologists, brain imaging experts, physiatrists/therapists, and pain management specialists to provide superior care in all of these areas before, during and after surgery. Dr. Kaplitt is also an internationally recognized expert in gene therapy and molecular neurobiology, and he is a leading figure in the development of new technologies for improving or restoring brain function.

His clinical activities focus upon using minimally invasive, stereotactic techniques for the treatment of functional disorders such as Parkinson's disease, essential tremor and epilepsy. He also uses surgical methods to implant devices such as spinal cord stimulators and opiate pumps to treat complex pain, and he is also an expert in the treatment of trigeminal neuralgia and hydrocephalus. Dr. Kaplitt has pioneered the use of gene therapy in the brain. He has published over 40 papers and has edited two books on this subject. He recently completed the first clinical trial of gene therapy for Parkinson's Disease for FDA approval, and his laboratory is actively researching mechanisms of cell death in diseases such as Parkinson's and Huntington's. Dr. Kaplitt is the recipient of numerous awards, including the Young Investigator Award from the American Society for Gene Therapy and he was named to Crain's 40 under 40 list for 2004.

He currently serves on the editorial boards of several journals, and is Editor of the World Society for Stereotactic and Functional Neurosurgery Web Site. He is also a member of the Weill Cornell Medical School Committee on Admissions. He is also Adjunct Assistant Professor at The Rockefeller University and Clinical Assistant Surgeon at Memorial Sloan-Kettering Cancer Center.

If you have advanced Parkinson’s disease and are experiencing dyskinesia symptoms or motor fluctuations that are not responding to medicines, you may be eligible for a clinical trial examining a new minimally invasive method to treat your symptoms. Please visit http://weillcornellbrainandspine.org/et