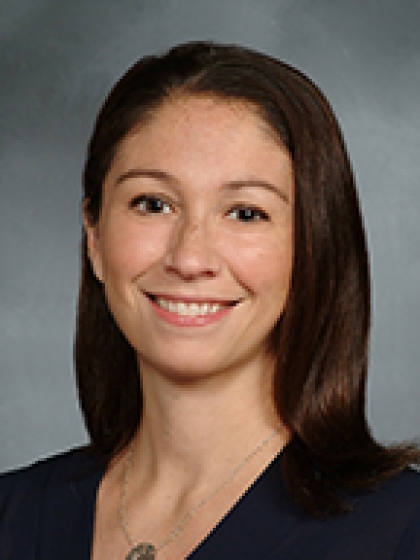 Maya E. Hartman, M.D. is a radiologist specializing in Women’s Imaging and Body Imaging. She is an Assistant Professor at Weill Cornell Medical College and Assistant Attending Radiologist at the NewYork-Presbyterian Hospital-Weill Cornell Campus.

Dr. Hartman earned her B.S. from Brown University in 2003. She received her M.D. degree from Weill Cornell Medical College in 2009, while earning her M.B.A. degree from The Wharton School – University of Pennsylvania in 2008.

Dr. Hartman’s clinical expertise is in Women’s Imaging and Body Imaging. She interprets a variety of studies including CT, MRI, PET, ultrasound, and mammography. Dr. Hartman’s research interests include clinical issues/topics related to breast cancer screening. In addition to clinical and research activities, Dr. Hartman is an active and involved teacher of residents, fellows, and medical students.

Dr. Hartman is a member of several radiological societies listed below: