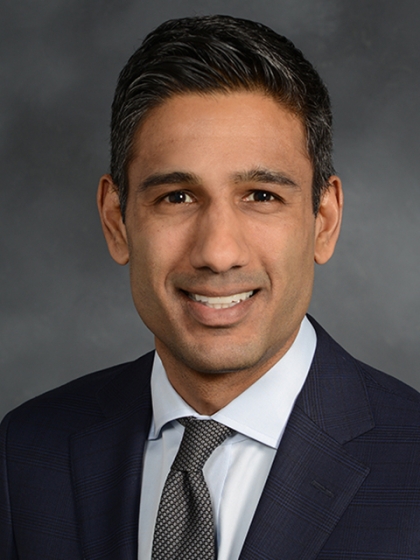 Manjil Chatterji, MD is Section Chief of Abdominal Imaging. His clinical and research expertise are focused in liver, pancreas, bowel and prostate imaging. He is a member of the Society of Abdominal Radiology, and the Crohn’sDisease Focused Panel.

He joined Weill Cornell Medicine in 2020 as Associate Professor of Radiology.

He is a member of Alpha Omega Alpha.

Following a transitional internship at Cambridge Hospital, Dr. Chatter jitrained as a resident in Radiology from 2004 to 2009 at Massachusetts General Hospital, a primary teaching hospital of Harvard University. He served as Chief Resident, and completed mini-fellowships in Musculoskeletal and Breast Imaging while in residency. Subsequently, Dr. Chatterji was fellowship-trained in Abdominal and Cardiac MRI from 2009-2010 at New York University.

Other areas of expertise include healthcare economics, serving on the AC Reconomics subcommittee and as representative to the Center for Medicaid and Medicare Services (CMS) development of MACRA, a program that champions cost andquality in medicine. He develops testing material for the American Board of Radiology as part of the Reproductive Endocrinology/GU panel.

Past awards include Radiology 'Teacher of the Year,' and the Institute forMedical Education Excellence in Teaching Award.