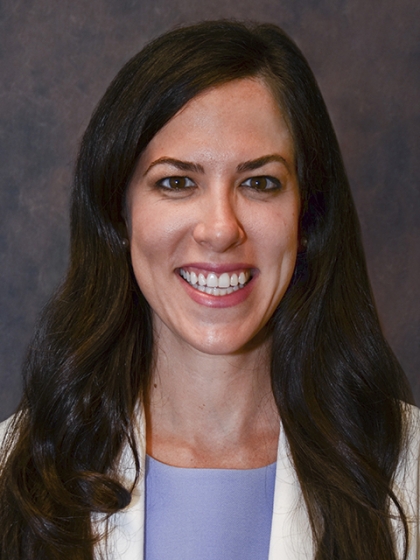 Using the most advanced surgical techniques with technical precision and attention to detail, I strive to provide the highest quality reconstructive and aesthetic surgery that will enhance each patient’s quality of life. I employ the latest 3-D imaging technology to optimize the reconstructive plans and am trained to use muscle-sparing techniques called perforator flaps to provide each patient the most ideal reconstruction to restore appearance and function.

Leslie is originally from Long Island, New York. She graduated as a Presidential Scholar from Stanford University in 2006 and went on to obtain her medical degree from Mount Sinai Medical School in 2010. She then completed her residency in plastic and reconstructive surgery in 2016 at Weill Cornell/Columbia University, New York Presbyterian Hospital where she was awarded the Dicran Goulian Award for Academic Excellence in Plastic Surgery. She went on to complete a fellowship in microsurgery for reconstruction of oncologic and traumatic defects at NYU Langone Medical Center and at Memorial Sloan Kettering Cancer Center.

Her clinical expertise is in microsurgical perforator flaps (DIEP flap, SGAP/IGAP flap, PAP flap) and implant based reconstruction after breast cancer as well as complex reconstruction for adults and children who have defects after surgery of the head and neck, abdominal wall, spine, pelvis and extremities. She also offers aesthetic surgery for the face and body with the goal to enhance appearance with a natural un-operated look using the most advanced surgical techniques available.

In her free time she enjoys live music, cooking, hiking and spending time with her husband and two children. Leslie has a passion for providing medical care to underserved regions. She has participated in numerous surgical missions for reconstructive plastic surgery across the world including Angkor Children’s Hospital in Cambodia, El Salvador and rural Belize.