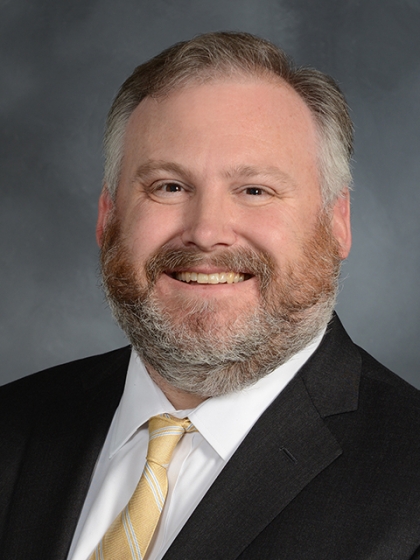 Larry Latson, M.D., M.S. attended graduate school at Case Western Reserve University, earning an M.S. in biomedical engineering in August 2001, and attended medical school at Case Western Reserve University from 2003 through 2007. He then completed a preliminary year of internal medicine training at Morristown Memorial Hospital, from 2007 through 2008, where he was voted the Outstanding Preliminary Resident by the faculty, before his residency in diagnostic radiology and fellowship in Cardiothoracic Imaging at Albert Einstein/Montefiore Medical Center in the Bronx, NY, from 2008 through 2013. He was voted the Milton Elkin Outstanding Graduating Resident by the faculty in his final year of radiology training.

After fellowship, Dr. Latson joined the faculty at the NYU School of Medicine in the Department of Radiology in 2013, where he was a member of both the cardiac and thoracic imaging services through August 2021, serving as a Clinical Associate Professor of Radiology and the Associate Section Chief of the Cardiac Imaging Section. He was voted as the Emil J. Balthazar Teacher of the Year in 2017 and 2021.

In September 2021, he joined the Division of Cardiothoracic Imaging at Weill Cornell Medicine. His clinical areas of interest include CT and MR imaging of adults and children with congenital heart disease.