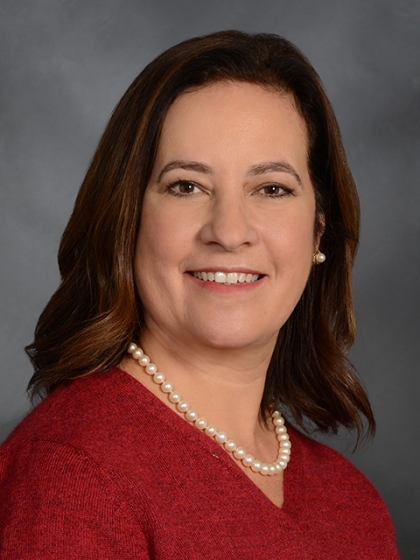 Dr. Rodríguez is a board-certified urologist with expertise in the surgical reconstruction of pelvic floor conditions. A clinical and basic scientist, Dr. Rodríguez has published more than 100 original studies in peer-reviewed journals such as the Journal of Urology, Urology, and Female Pelvic Medicine and Reconstructive Surgery. She is the principal investigator of the NIH-sponsored Multidisciplinary Approach to the Study of Urologic Pelvic Pain (MAPP) research network, which investigates the underlying causes of bladder pain syndrome and how best to treat it. Dr. Rodríguez has received numerous research grants and served as reviewer of multiple journals and member of study sections for the NIH, including its Kidney and Urologic Systems Function and Dysfunction Study Section. She has received multiple research awards from the American Urological Association as well as its Western Section, and the Society of Urodynamics, Female Pelvic Medicine, and Urogenital Reconstruction (SUFU). In 2008, Dr. Rodríguez received SUFU’s Paul Zimskind Award, which honors physicians who are within 10 years of completing residency or fellowship and have made significant contributions to the field of pelvic medicine and voiding dysfunction, primarily through basic and clinical research.

Dr. Rodríguez earned her bachelor’s degree in mathematics from the Massachusetts Institute of Technology in 1989 and her medical degree in 1994 from Stanford University School of Medicine. After completing a urology residency at Stanford University, Dr. Rodríguez joined UCLA David Geffen School of Medicine, where she completed a fellowship in female urology, voiding dysfunction and reconstructive surgery under the direction of Dr. Shlomo Raz, as well as postdoctoral research training under Nobel Laureate Dr. Louis Ignarro. She joined UCLA’s faculty in 2001 and became a professor of urology and of obstetrics and gynecology, co-director of the Division of Pelvic Medicine and Reconstructive Surgery, and director of female urology research until 2014, when she was recruited to USC.