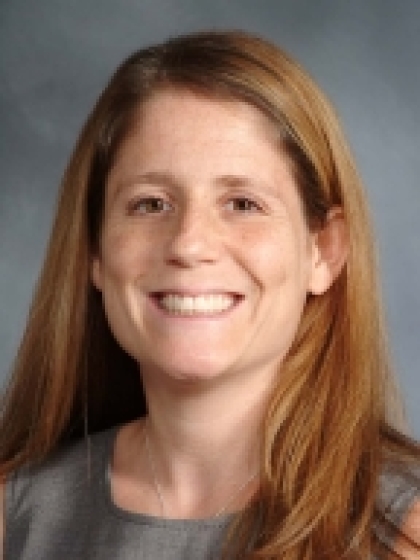 She specializes in the minimally invasive surgical treatment of colon and rectal cancer, pelvic floor disorders and inflammatory bowel disease.

Dr. Garrett’s specialty interests include functional bowel disorders, fecal incontinence, pelvic organ prolapse, fistulas and complex pelvic floor dysfunction; she has lectured regionally and nationally on these subjects. She also treats other colon and rectal diseases such as colon and rectal cancer, inflammatory bowel disease, diverticular disease, and benign conditions of the rectum and anus. Dr. Garrett is experienced in many modalities of surgery, including laparoscopic, endoscopic, and open surgeries. Most recently, Dr. Garrett has become an early adopter of the endoluminal surgical platform, commonly known as DiLumen, for complex and large colon polyp removals.

In 2014-2015 Dr. Garrett was selected by NY Superdoctors as one of “New York’s Rising Stars” in Colorectal Surgery – a recognition bestowed to young physicians with fewer than 10 years of practice who have demonstrated outstanding skills and enjoy an excellent reputation in their field. In 2016, Dr. Garrett was named by Castle Connolly as one of New York Metro Area’s Top Doctors.

Dr. Garrett graduated from Drew University in 1996 and received her medical degree in 2003 from St. George’s University School of Medicine. After completing her general surgery residency at Albany Medical Center in 2008, she completed a fellowship in Colon and Rectal Surgery at the Cleveland Clinic Foundation in 2009. She then went on to serve as Associate Staff at the Cleveland Clinic – Digestive Disease Institute for one year before joining the division of Colorectal Surgery at New York Presbyterian Hospital in 2010.

Devoting considerable time to teaching, mentoring and the development of physicians in training, Dr. Garrett served as the Associate Clerkship Director for the medical students rotating on the general surgery services from 2013-2016. In June 2014 she was given the Award for Teaching Excellence by Weill Cornell Medical College. She is currently the Program Director for the combined New York Presbyterian Hospital/Memorial Sloan Kettering Cancer Center Colon and Rectal Surgery Residency Program.

Dr. Garrett is active in numerous professional societies and she is a fellow of the American College of Surgeons and the American Society of Colon and Rectal Surgeons. She serves on the executive council of the New York Society of Colon and Rectal Surgery. She has won awards for her publications while in training and has contributed many peer reviewed journal publications and book chapters.

Dr. Garrett was selected in 2014 as a New York SuperDoctor "Rising Star," an award given in recognition of excellence in clinical care for physicians in practice for under 10 years. Dr. Garrett was named Fellow of the Year in 2009 at Cleveland Clinic Foundation. She has won awards for research papers.