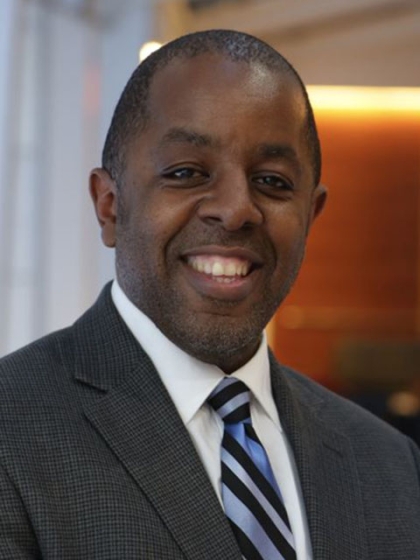 My vision for our Molecular Imaging and Therapeutics Service is to translate the best science into practice. This starts with a focus on clinical excellence, and developing a culture of mentorship of the junior faculty and trainees who will initiate the next practice-changing diagnostics beyond fluoro-deoxyglucose (FDG) positron emission tomography (PET). This next phase will require establishing viable, reimbursable therapeutics and establishing a firm connection with non-imaging sciences. Finally, we must also engage our patients and community to ensure that this advanced imaging meets the quality metrics that will clearly alter the practice of medicine.

Joseph Osborne M.D., Ph.D. is the Chief of Molecular Imaging and Therapeutics and a Professor of Radiology at Weill Cornell Medicine. He is an Attending Radiologist at NewYork-Presbyterian/Weill Cornell Medical Center.

Dr. Osborne earned his M.D. at Columbia College of Physicians and Surgeons and his PhD in Biochemistry at Columbia’s Graduate School of Arts and Sciences in New York, NY. After an internship in the department of Internal Medicine at the Washington Hospital Center in Washington, D.C., Dr. Osborne completed his residency training in Diagnostic Radiology at Columbia Presbyterian Hospital followed by a fellowship training in Nuclear Medicine. Dr. Osborne also completed post-doctoral training at Memorial Sloan Kettering Cancer Center in New York, NY.

Dr. Osborne is the Head of the Radiology Health Equity Lab where his goal as a physician-scientist is to promote practical value-added  imaging that is closely aligned with precision medicine. In line with this goal, he is currently the principle investigator on an Academic Industrial Partnership RO1 grant “A new technique to make 68Ga-labeled pharmaceuticals widely available for clinical use.”

He also has extramural duties as the Chair of the Innovation award review panel for the Damon Runyon Cancer Foundation.

Over his career, he has had a strong leadership role in physician training and mentoring, serving as Program Director of Nuclear Medicine Residency Program at NewYork-Presbyterian/Weill Cornell Medical Center as well as an additional three years in a similar role at Memorial Sloan Kettering.