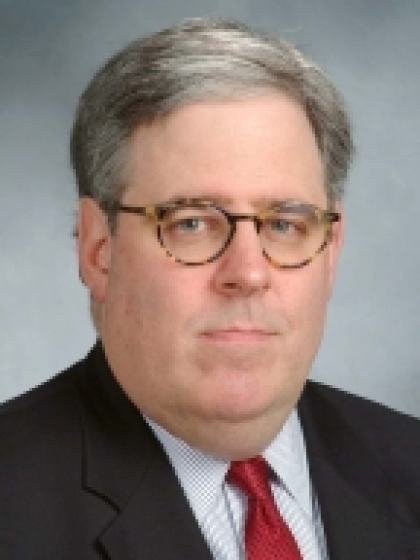 A recipient of a Robert Wood Johnson Foundation Investigator Award in Health Policy Research, Dr. Fins has also received a Soros Open Society Institute Project on Death in America Faculty Scholars Award, a Woodrow Wilson National Fellowship Foundation Visiting Fellowship and support from the Greenwall, Dana, Buster, and Katz Foundations as well as the National Institutes of Health, amongst others. He was appointed by President Clinton to The White House Commission on Complementary and Alternative Medicine Policy and currently serves on The New York State Task Force on Life and the Law by gubernatorial appointment. In 2015, Dr. Fins received the Patricia Price Browne Prize in Biomedical Ethics from the University of Oklahoma School of Medicine. He was the 2019 recipient of the Nicholas E. Davies Memorial Scholar Award for Scholarly Activities in the Humanities and the History of Medicine of the American College of Physicians and served as the David Barap Brin Visiting Professor at the Johns Hopkins School of Medicine in 2020. In 2021, he completed service on the National Academies of Sciences “Standing Committee to Advise the Department of State on Unexplained Health Effects on U.S. Government Employees and their Families at Overseas Embassies.”

The author of over 500 papers, chapters, essays, and books, his most recent volume is Rights Come to Mind: Brain Injury, Ethics and The Struggle for Consciousness (Cambridge University Press, 2015). Dr. Fins is also the author of A Palliative Ethic of Care: Clinical Wisdom at Life’s End (Jones and Bartlett, 2006). Dr. Fins is a co-author of the 2007 Nature paper describing the first use of deep brain stimulation (DBS) in the minimally conscious state. He is currently a co-investigator on an NIH BRAIN Initiative grant studying DBS in severe to moderate traumatic brain injury and principal investigator on an NIH study entitled, "Cognitive Restoration: Neuroethics and Disability Rights."

A developer of clinical pragmatism as a method of moral problem solving for medicine, Professor Fins’ current scholarly interests include: ethical and policy issues in brain injury and disorders of consciousness; civil and disability rights for individuals with severe brain injury; palliative care; research ethics in neurology and psychiatry; medical education;  methods of ethics case consultation; the history of medicine; medical humanities; bioethics in the Spanish-speaking world; and more broadly fostering a productive dialogue between the sciences and the humanities.

Dr. Fins is an associate editor of the 4th Edition of the Encyclopedia of Bioethics and the Journal of Clinical Ethics and edits the Ethics Section of the Journal of Head Trauma Rehabilitation. He sits on the editorial boards of: The Hastings Center Report; Ethics and Human Research; The Pharos Alpha Omega Alpha Honor Medical Society; Cambridge Quarterly of Healthcare Ethics; BioMed Central Medical Ethics; Neuroethics; Neuromodulation; American Journal of Bioethics; and Neuromodulation as well as the MIT Basic Bioethics Series and the Springer Press Neuroethics Book Series.

Professor Fins is President of the International Neuroethics Society, a Past President of the American Society for Bioethics and Humanities, and a member of Board of Trustees of The Hastings Center. He is the lone North American to serve on the Comisión Académica of the Instituto Universitario de Investigación Ortega y Gasset of the Fundación Ortega-Marañón, Madrid, Spain.

Dr. Fins is a Fellow of The Royal College of Physicians (London), The Hastings Center, and The New York Academy of Medicine where he served as a Fellow Ambassador. He was appointed to the Council of the Europaische Akademie(Germany) and is an elected member of the Dana Alliance for Brain Initiatives, the American Clinical and Climatological Association, and Alpha Omega Alpha.

A Master and past Governor of the American College of Physicians, Dr. Fins has been honored with the College’s Laureate Award. He is a Trustee Emeritus of Wesleyan University, which has recognized him with its Distinguished Alumnus Award and an honorary Doctor of Humane Letters.

The Nicholas E. Davies Memorial Scholar Award  for Scholarly Activities in the Humanities and History of Medicine, The American College of Physicians