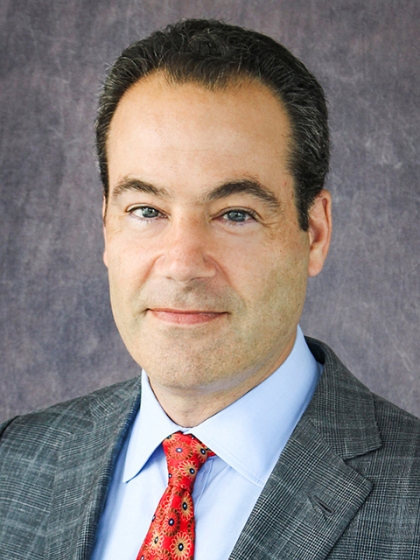 Dr. Jason Spector's primary clinical interests include reconstructive microsurgery of the head & neck, breast and lower extremities as well as cosmetic surgery. He is a nationally-renowned board-certified plastic surgeon, and Chief of the Division of Plastic and Reconstructive Surgery, a Professor of Surgery and Otolaryngology at Weill Cornell Medicine in New York City, and Adjunct Professor in the Meinig School of Biomedical Engineering at Cornell University in Ithaca, NY.

Dr. Spector was the recipient of the prestigious 2013  World Technology Network Award in Health & Medicine, being recognized for his innovative research which was chosen as most likely to have long term significance.

Dr. Spector plays a major role in physician training, and he is widely published, with more than 100 papers and three book chapters. In 2009, he was named Academic Scholar of the American Association of Plastic Surgeons, the most prestigious American award for a developing academic plastic surgeon. In 2011, he won the National Endowment for Plastic Surgery award. Dr. Spector is a member of many professional medical societies including the American Society of Plastic Surgeons, the American College of Surgeons, the Society of University Surgeons, the American Association for Academic Surgery and the Plastic Surgery Research Council. He serves on the editorial board of Aesthetic Plastic Surgery. In addition to his clinical responsibilities, Dr. Spector is the Director and Principal Investigator of the Laboratory for Bio Regenerative Medicine and Surgery (LBMS) at Weill Cornell Medical Center. The LBMS focuses on novel approaches for tissue engineering as well as studies on wound healing and ischemia reperfusion injury. Dr. Spector has numerous active collaborations with faculty at the Biomedical Engineering College at Cornell University which aim to translate cutting edge technologies to the clinical arena.

A native of New York City, he completed his undergraduate degree at Cornell University in 1991, where he graduated with distinction and was named to Cornell's Golden Key National Honor Society. Dr. Spector graduated from New York University School of Medicine in 1996, where he was a member of the prestigious Alpha Omega Alpha Medical Honor Society and winner of the Valentine Mott Award for his outstanding research. In 1999, he won the Best Resident Research Presentation at the Northeastern Society of Plastic Surgeons, and in 2003 he won the Best Research Presentation at the New York Regional Society of Plastic Surgeons' Residents Competition.

Jason A. Spector, M.D., F.A.C.S. is Chief of the Division of Plastic and Reconstructive Surgery, a Professor of Surgery and Otolaryngology at Weill Cornell Medicine in New York City, and Adjunct Professor in the Meinig School of Biomedical Engineering at Cornell University in Ithaca, NY. He is a nationally recognized board-certified plastic surgeon (and oral board examiner for the American Board of Plastic Surgery) at the New York-Presbyterian Hospital/Weill Cornell Medicine and the Hospital for Special Surgery where he performs a wide variety of reconstructive procedures and specializes in reconstructive microsurgery of the head and neck, breast and lower extremities, as well as aesthetic surgery. Dr. Spector has been repeatedly recognized as a top plastic surgeon by U.S. News & World Report, Castle and Connelly and locally by New York Magazine. Dr. Spector is an active member of several national and regional surgical societies including the American Surgical Association, The American Association of Plastic Surgeons, The American Society of Plastic Surgeons, The Plastic Surgery Research Council, The American Society for Reconstructive Microsurgery, and The Biomedical Engineering Society. Dr. Spector has given dozens of invited lectures locally, nationally and internationally.

In addition to his clinical responsibilities, Dr. Spector is the Director and Principal Investigator of the Laboratory for Bioregenerative Medicine and Surgery (LBMS) at Weill Cornell Medicine. The LBMS focuses on novel approaches for tissue engineering, wound healing and precision medicine as well as the development of various translational technologies from bench to bedside. Dr. Spector has published more than 140 peer reviewed articles, has 6 patents related to his research and has received funding for his research from the National Institutes of Health as well as several other prominent granting agencies. Dr. Spector has served as the Chair for the NIH Biomedical Imaging and Bioengineering SBIR/STTR study section.

In his role as surgeon and scientist, Dr. Spector has mentored dozens of high school, undergraduate and medical students as well as numerous residents, Ph.D. students, and post-doctoral candidates. He is the co-founder of Fesarius Therapeutics, a biotech start up that develops tissue engineered regenerative medicine products for use in reconstructive and aesthetic surgery, located in Brooklyn, NY. Dr. Spector is also the co-founded of ProVis Therapeutics, a medical device company, based in San Francisco, CA.

Dr. Spector graduated with distinction from the College of Arts and Sciences at Cornell University in 1991 with a B.A. in economics. He obtained his medical degree (AOA) from New York University Medical Center, where he also received his training in general surgery under Frank Spencer, M.D., plastic surgery at NYU’s Institute of Reconstructive Plastic Surgery under Joseph G. McCarthy, M.D. and he completed a post-doctoral research fellowship under Michael T. Longaker, M.D. and a clinical fellowship in reconstructive microsurgery (IRPS).

2013 - World Technology Network Award in Health & Medicine, a prestigious award for his innovative research which was chosen as most likely to have long term significance

2009 - Academic Scholar of the American Association of Plastic Surgeons

New York SuperDoctor: an Honor given to 5% of New York physicians