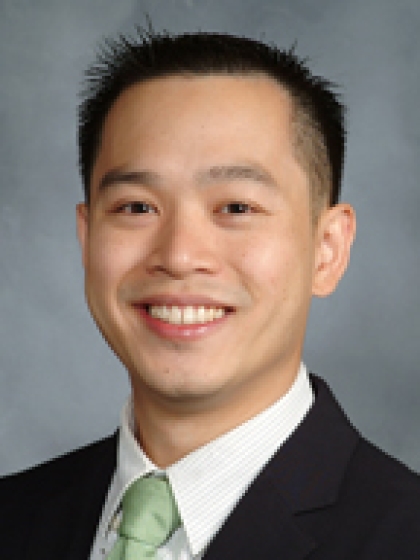 "I have been fortunate to have been trained and mentored by some of the country's finest physicians. It is a great honor for me to care for patients through the practice of electrophysiology. I am committed to clinical excellence, teaching and research for the betterment of my patients and the advancement of academic medicine."

As an associate professor and the director of cardiac pacing and implantable devices at Cornell, Dr. Ip has performed thousands of procedures, including catheter ablations of arrhythmias and implantation of cardiac devices (such as pacemakers, defibrillators and biventricular devices for cardiac resynchronization therapy). He is one of the leading implanters in New York of subcutaneous implantable cardioverter defibrillators (S-ICD) as well as leadless cardiac pacemakers.

With over ninety peer-reviewed journal publications and book chapters, Dr. Ip has authored many articles in the field of cardiac electrophysiology involving cardiac implantable device diagnostics, catheter ablation techniques and mechanisms of arrhythmias in journals such as the New England Journal of Medicine, Journal of the American Medical Association (JAMA) and Circulation. He is the principal investigator at Cornell for many multi-center trials that are evaluating novel cardiac implantable device and drug therapies. These trials include the first leadless cardiac pacemaker system, the WiSE (Wireless Stimulation Endocardially) cardiac resynchronization therapy technology for patients unable to be implanted with traditional transvenous leads, (SOLVE CRT trial), the first dual chamber leadless pacemaker system (AVEIR DR study), an intranasally delivered medication to terminate paroxysmal supraventricular tachycardia (NODE trials), and an inhaled medication for cardioversion of recent-onset, symptomatic atrial fibrillation (INSTANT trial).  He has started to implant the recently FDA-approved remedē system that safely and effectively treats moderate to severe central sleep apnea (CSA) in adult patients. Based on his expertise, he serves on national and global advisory boards as well as international steering committees for various pharmaceutical and cardiac rhythm device companies.

Dr. Ip maintains an active research focus on arrhythmia mechanisms, including the development of an animal model of ventricular tachycardia to elucidate the basic understanding of this type of condition as well as determining the electrophysiological mechanism of premature ventricular contractions (PVCs) in humans (ClinicalTrials.gov identifier: NCT03218137). He continues to collaborate with other scientists in translational research projects involving small and large animal model surgeries.

He was a recipient of the 2015 Weill Cornell Medical College Department of Medicine Investigator Award, which is given to faculty who perform on outstanding levels in the areas of biomedical research. He serves on the editorial boards of multiple electrophysiology journals and has been recognized among Castle Connolly “Top Doctors” in Cardiac Electrophysiology since 2016.