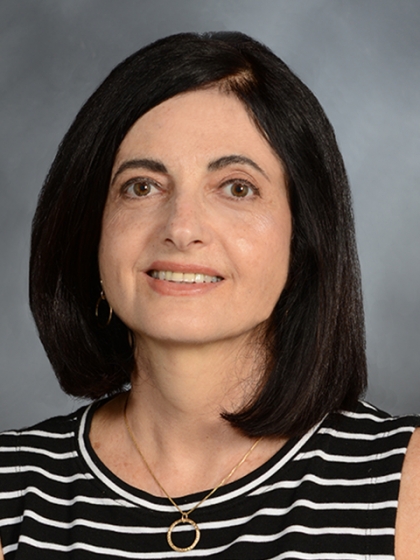 Hanna Rennert, Ph.D., F.A.C.M.G. is Assistant Professor of Pathology and Laboratory Medicine at Weill Medical College of Cornell University, and Director of the Molecular Pathology Laboratory at the New York Presbyterian Hospital Â Weill Cornell Medical Center. She received her Ph.D. in Biochemistry from the Technion-Israel Institute of Technology Medical School. Following postdoctoral training at the University of Pennsylvania, Dr. Rennert served in oversight roles within the Molecular Pathology Laboratory in the Department of Pathology and Laboratory Medicine. From 2000 until 2002, she directed a Microarray Research and Development Laboratory at Tel-Aviv Sourasky Medical Center. Dr. Rennert rejoined the University of Pennsylvania School of Medicine in 2002 as a Senior Molecular Genetics Scientist and adjunct faculty in Molecular Pathology. She is certified by the American Board of Medical Genetics in Clinical Molecular Genetics, and is obtaining a certificate in Clinical Epidemiology from the Center for Clinical Epidemiology and Biostatistics at the University of Pennsylvania. Dr. Rennert directed the Molecular Diagnosis and Genotyping Facility within the Pathology Department until July 2005 when she came to Weill Cornell Medical College.