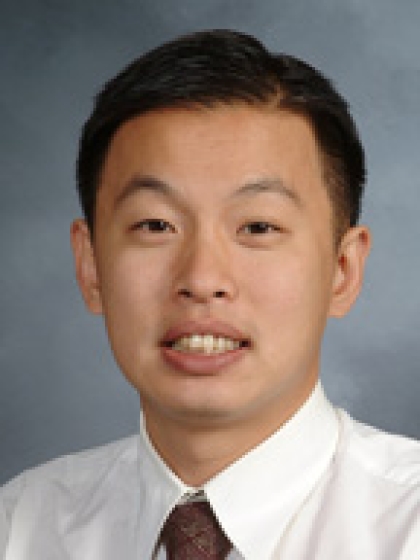 George Shih, M.D. is Associate Professor and Vice-Chair for Informatics in the Department of Radiology at Weill Cornell Medical College and Associate Attending Radiologist at NewYork-Presbyterian Hospital-Weill Cornell Campus.  He received his B.S. degree in Computer Science from Duke University in 1994. He earned a Master of Science (M.S.) degree in Electrical Engineering in January 1997 from Duke University School of Engineering and a Diplome d’Ingenieur, Electrical Engineering from the Ecole Nationale Superieure de Telecommunications in Paris, France in January 1997 (dual degree).

Dr. Shih remained at Duke, earning his M.D. in May 2000 from the Duke University School of Medicine. After completing his internship year in the Department of Medicine at St. Luke’s-Roosevelt Hospital Center, New York, NY in 2000-2001, Dr. Shih completed his radiology residency training (2001-2005) in Diagnostic Radiology at Columbia University Medical Center, New York, NY. Dr. Shih was awarded the Roentgen Resident/Fellow Research Award (2003) and the Columbia University Housestaff Research Scholarship (2003). Dr. Shih remained at Columbia’s Department of Radiology for an MRI Fellowship (2005-2006) with emphasis on Musculoskeletal, Body, Cardiac MRI and Peripheral MRA.

Dr. Shih achieved Board Certification in Diagnostic Radiology from the American Board of Radiology in 2005.

In July 2006, Dr. Shih was recruited to Weill Cornell’s Department of Radiology as an Assistant Professor and as Assistant Attending Radiologist at NewYork-Presbyterian Hospital-Weill Cornell Campus.

As a member of the Abdominal Imaging Division in Weill Cornell's Department of Radiology, Dr. Shih performs a wide variety of studies in X-ray, CT, MRI and Ultrasound.