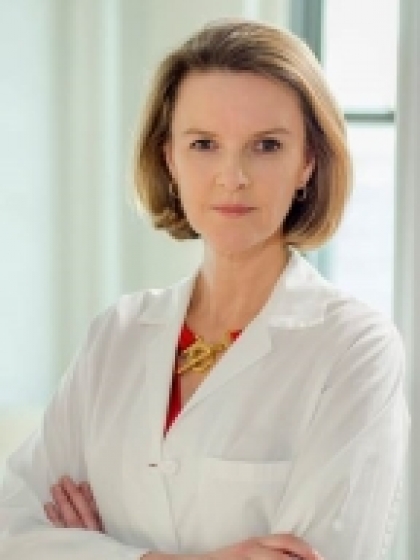 Geraldine B. McGinty, M.D. is a board-certified radiologist specializing in Women’s Imaging. She is Assistant Professor of Radiology at Weill Cornell Medical College and Assistant Attending Radiologist at the NewYork-Presbyterian Hospital-Weill Cornell Campus.

Dr. McGinty attended the National University of Ireland, Galway, Ireland from 1982-1988 and was awarded her MB. BCh. BAO, with Honors, in 1988. She earned her Master of Business Administration from Columbia University in 2000.

Following her rotational internship year in Medicine and Surgery at University College Hospital, Galway Ireland, Dr. McGinty completed residency training in Diagnostic Radiology (1989-1993) at University of Pittsburgh Medical Center, Pittsburgh, PA; Dr. McGinty was selected and served as Chief Radiology Resident from 1992-1993. This was followed by a one year fellowship in Women’s Imaging at the Massachusetts General Hospital in Boston, MA. During this fellowship year Dr. McGinty also held the title of Clinical Instructor at Harvard Medical School.

Her research interests include healthcare payment policy and new payment models as well as the delivery of value based imaging care. In addition to clinical activities, she will be teaching residents, fellows, and medical students.

Dr. McGinty is a member of the following professional societies: