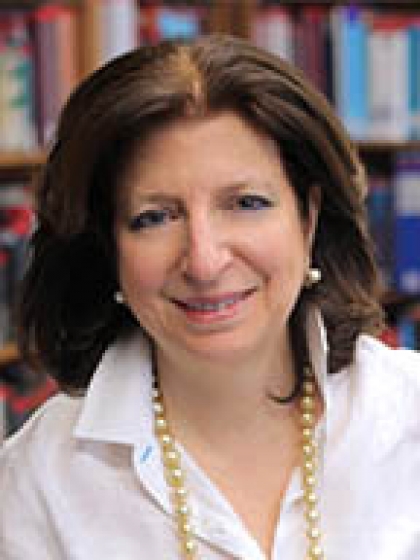 Ellen J. Scherl, M.D. is the Jill Roberts Professor of Inflammatory Bowel Disease at Weill Cornell Medicine. She is currently an Attending Physician at the NewYork-Presbyterian Hospital/Weill Cornell Medical Center.

Dr. Scherl is a world-renowned expert in Inflammatory Bowel Disease specializing in Crohn's Disease and Ulcerative Colitis. Dr. Scherl has an active practice and serves as a principal investigator on many clinical trials on Crohn's Disease and Ulcerative Colitis. As part of Dr. Scherl's comprehensive approach to patient care, she closely collaborates with world renowned IBD surgical team lead by experts Dr. Fabrizio Michelassi and Dr. Jeffrey Milsom, complimented by Dr. Toyoki Sonoda. The team is known for innovative surgical approaches including laparoscopic and endoscopic techniques as well as bowel sparing surgeries. Dr. Oscar Lebwohl of  The New York-Presbyterian Hospital - Columbia Campus also works closely with Dr. Scherl in her efforts.

Ellen J. Scherl, M.D. is the Jill Roberts Professor of Inflammatory Bowel Disease at Weill Cornell Medicine. She is currently an Attending Physician at the NewYork-Presbyterian Hospital/Weill Cornell Medical Center.

Dr Scherl is the Jill Roberts Professor of Clinical Medicine. She is  committed to caring for the community of individuals and families living with Crohn's disease and Ulcerative Colitis while curing IBD through collaborations focusing on individualized medicine by illuminating endoscopic, immunologic, microbial, genetic and molecular signatures and pathways.  Since joining the WCMC/NYPH she has established  a longitudinal patient database which documents  ongoing validated disease activity indices in the individual daily EMR.

Dr. Scherl established the IBD Center at NY Presbyterian Hospital / Weill Cornell Medicine in 2002 and became the Founding Director of the Jill Roberts Center for IBD (JRC IBD) in 2006. She is currently the Research Director of JRC. She established the JRC along with the late Jill Roberts as a joint labor of love. She has forged inspired collaborations with Weill Medical College of Cornell University, Columbia University Vagelos College of Physicians and Surgeons and New York-Presbyterian Hospital’s pediatricians, colorectal surgeons, nutritionisits, researchers and multidisciplinary consultants.

In collaboration with the Jill Roberts Institute she has established an IBD live cell bank. She has collaborated with researchers at Cornell University to identify a novel E. Coli bacteria associated with Crohn's Disease and continues to collaborate with Weill Medical College of Cornell University/New York-Presbyterian Hospital researchers investigating the immunogenetics and immunobiology of IBD.

She is the 2020 honoree for the CCF Humanitarian of the Year Award. She has received the 2012 CCFÀ Woman of the year award 2008 AGA award for Outstanding  Women In Science and in 2007 was awarded the NYSGE Florence Lefcourt Distinguished Service Award.

Crohn's and Colitis Foundation of America Woman of Distinction   1995