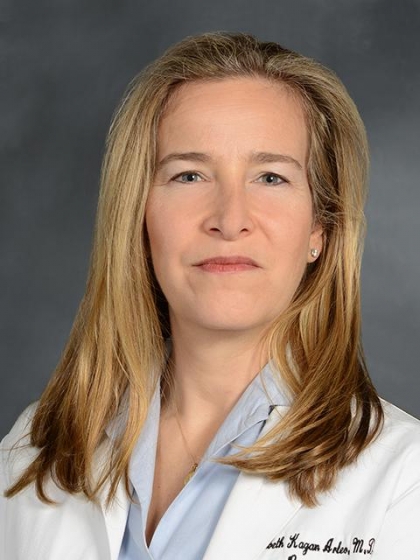 Dr. Elizabeth Kagan Arleo is a Board-Certified radiologist specializing in Women’s Imaging and a Fellow of the Society of Breast Imaging (FSBI). She is a Professor of Radiology at Weill Cornell Medical College and an Attending Radiologist at the New York-Presbyterian Hospital. She is also the Editor-in-Chief of the journal Clinical Imaging.

Dr. Arleo is a graduate of Yale College and Yale University Medical School. After an internship year in internal medicine at Lenox Hill Hospital in New York City, Dr. Arleo completed her Radiology residency in Diagnostic Radiology at New York- Presbyterian Hospital / Weill Cornell Medical Center. After staying on for a Fellowship year in Women’s Imaging, she was invited to join the radiology faculty at Weill Cornell Medicine. Dr. Arleo’s clinical expertise is in breast and body imaging and she interprets a variety of studies including mammograms, MRIs, CTs, ultrasounds, and X-rays. For her clinical work, Dr. Arleo was selected by the Department of Radiology for the Distinguished House Staff Award in 2007.

Dr. Arleo’s research focuses on multiple topics in Women’s Imaging, including breast and pelvic imaging, as well as women in radiology and medicine. For her research, she has received several education and research awards and grants, most recently including the 2018 Distinguished Educator Award from the New York Roentgen Society, and she was one of Aunt.Minnie.com’s semifinal candidates for Most Influential Radiology Researcher of 2013:

Dr. Arleo is the Founder and Director of the Mentorship Program for Women in Radiology at New York-Presbyterian / Weill Cornell Medical College, which has been funded by the President’s Council of Cornell Women (PCCW) Leadership Fund. She is also the Director of Medical Student Research and Career Development in her institution and the 2017 recipient of the Laurie H. Glimcher, M.D. Award for Excellence in Mentoring Women Faculty.