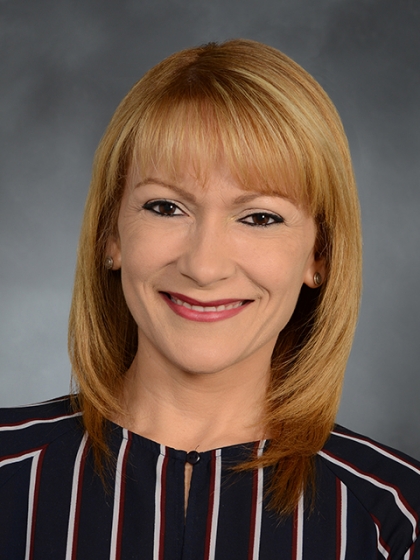 Dr. Rosado-Rivera is originally from Puerto Rico. She obtained her undergraduate degree in Education at the University of Puerto Rico, while also receiving scholarships for academic honors and competitive Olympic Weightlifting.

She moved to The Netherlands where she earned a Master of Science degree at Wageningen University with a thesis on women’s engagement in physical activities.

Dr. Rosado moved to New York City to obtain a doctoral degree in Applied Physiology at Columbia University, while also working as a personal trainer and continuing to compete at an elite level in Olympic Weightlifting representing New York State at national meets.

Her post-doctoral work, which included several peer reviewed publications in medical journals, was completed at the Center of Excellence for the Medical Consequences of Spinal Cord Injury at the Bronx VA Medical Center and was focused on improving the lives of persons with spinal cord injury.

Upon graduation, she returned to New York City to complete her residency in Internal Medicine at New York-Presbyterian/Weill Cornell Medical Center.

Her areas of clinical interests include women’s health and weight management.

In her leisure the good doctor enjoys reading, cycling and spending quality time with good friends.