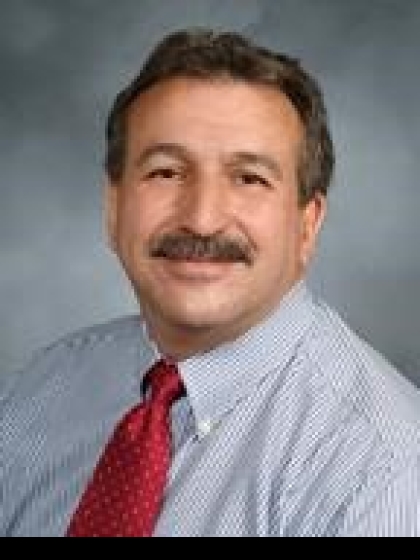 As an academic gynecologic oncologist and Professor, I remain committed to the development of a comprehensive multidisciplinary program that would decrease the morbidity and mortality of gynecologic malignancies and improve women’s healthcare. My academic career has focused on the ovarian tumor microenvironment and applying our understanding of the processes of carcinogenesis, invasion, and metastasis to develop relevant biomarkers using proteomic technologies and novel techniques for risk assessment, early detection, cancer specific therapeutics, and chemoprevention.  In 1999 with NIH support I initiated the National Ovarian Cancer Early Detection Program (NOCEDP) where I served as Director and Principal Investigator. This program has achieved international recognition for the clinical application of innovative basic science regarding ovarian cancer. Presently this program has evolved into an international collaborative effort from Sri Lanka to the US of over 200 physicians and scientists dedicated to the development of effective means for the accurate detection of individuals at increased risk based on genetic analysis, methods for chemoprevention, and precision therapeutics based on the tumor microenvironment. Our program represents an integrated collaboration of clinicians, scientists, and institutions with complementary expertise unifying to improve patient care. Over the past three years our program has relied more heavily on tumor biology, ultrasonography, genetics and the regulation of miRNA and in 2014 evolved into the National Ovarian Cancer Risk Assessment Program combining clinical and molecular insights to identify women at risk with the ultimate goal of cancer prevention. The scientific foundation of our risk assessment program can also be applied to breast, prostate, colon, thyroid, melanoma and lung cancer.

David A. Fishman, MD, is the Cancer Center Director and Director of Gynecologic Oncology and Vice Chair of Obstetrics and Gynecology at New York Presbyterian Queens and is also Professor of Obstetrics and Gynecology at the Weill Cornell School of Medicine. Dr. Fishman is an internationally recognized gynecologic oncologist, especially noted for his innovative research on the regulation of ovarian metastasis and in developing new methods for the detection of individuals at risk for ovarian cancer and the detection of early stage ovarian carcinoma. He established The National Ovarian Cancer Dearly Detection Program in 1999 with a grant from the National Cancer Institute and philanthropic support. Dr. Fishman received his medical degree from Texas Tech School of Medicine and completed his residency and fellowship in Obstetrics and Gynecology and Gynecologic Oncology at the Yale University School of Medicine. Dr. Fishman has authored over 300 scientific papers, abstracts, book chapters and books on gynecologic malignancies. His research has received awards from the National Institutes of Health, National Cancer Institute, Society of Gynecologic Oncologists, Gynecologic Cancer Foundation, American Cancer Society, Society of Gynecologic Investigation, and the Berlex Foundation. He serves as an editor for three journals and ad hoc reviewer for 43 medical and scientific journals and is a member of national and international cancer institute study sections from the National Cancer Institute and Centers for Disease Control to the Royal College of Obstetricians and Gynecologists. He has received over 43 awards such as the National Cancer Institute Early Detection Research Network Recognition Award as well as the Best Doctor in New York and Castle Connolly Best Cancer Doctor in America. He is a member of many medical and honor societies and patient advocacy groups including the American Gynecologic and Obstetrical Society, AOA, and the Society of Gynecologic Oncologists.