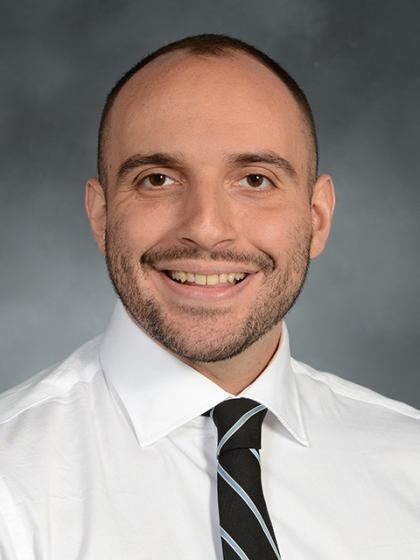 Daniel J. Holzwanger, MD, is a physician specializing in Vascular and Interventional Radiology. He is an Assistant Professor of Radiology at Weill Cornell Medicine and an Assistant Attending Radiologist at the NewYork-Presbyterian Hospital-Weill Cornell Campus.

Dr. Holzwanger graduated from Cornell University where he earned his BS in Biological Sciences in 2009 and received his MD from Weill Cornell Medical College in 2013.

Following internship at New York Hospital Queens, Dr. Holzwanger trained as a resident in Diagnostic Radiology from 2014 to 2018 at NewYork Presbyterian-Cornell, where he served as Chief Resident from 2017-2018. He then completed a fellowship in Vascular and Interventional Radiology from 2018 to 2019 at Vanderbilt University Medical Center and returned to join the faculty at Weill Cornell Medicine in July 2019.

He has published peer reviewed journal articles and textbook chapters within the field of radiology and his clinical interests include the minimally invasive treatment of benign and malignant tumors, vascular and lymphatic disorders, hepatobiliary diseases, genitourinary diseases, and other conditions.

Dr. Holzwanger is a member of the following radiological societies: