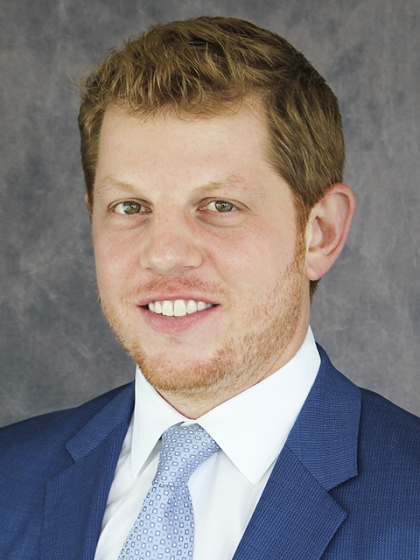 As a board-certified surgeon with clinical expertise in vascular and endovascular surgery, it is my mission to provide compassionate patient care and offer state-of-the-art treatment options for the full spectrum of vascular disease. My experience with both complex open operations as well as advanced endovascular procedures allows me to develop individualized surgical plans that best meet the needs of each patient. Using cutting edge technology, I offer minimally invasive surgical approaches aimed at reducing post-operative pain, scarring, and length of hospitalization. I strive to create lifelong relationships with each of my patients to ensure continued success in achieving excellent medical outcomes and to maximize quality of life.

Dr. Agrusa graduated from the University of Michigan with a B.S. in Cell and Molecular Biology and went on to obtain his medical degree from New York University School of Medicine.  After medical school, Dr. Agrusa completed his general surgical residency at the NewYork-Presbyterian Hospital/Weill Cornell Medicine in New York City.  During his residency, Dr. Agrusa dedicated two years as a Research Fellow in the Neuberger Berman Lung Cancer Research Center where he studied the cellular and molecular pathways involved in non-small cell lung cancer metastasis.  After residency, Dr. Agrusa completed a two-year ACGME accredited fellowship in Vascular and Endovascular Surgery at NewYork-Presbyterian/Weill Cornell and Columbia University Medical Centers.

Dr. Agrusa’s academic interests focus on clinical research within the field of vascular surgery.   He has authored multiple publications for peer-reviewed journals as well as book chapters in surgical textbooks and has presented his research at regional and national meetings.   He is a member of the Society for Vascular Surgery and Eastern Vascular Society and is a Fellow of the American College of Surgeons.