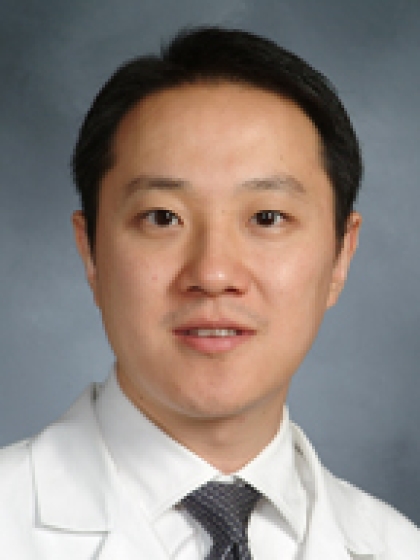 Cardiac Electrophysiology therapies for arrhythmia disorders have evolved to dramatically affect people's lives for the better.  Every day I am excited to come to work to deliver cutting-edge treatments and make new discoveries that continuously redefine the cutting-edge.  At the same time, the most rewarding part of my job is the opportunity to make human connections and guide each patient through their condition in an understandable way so that she/he can actively participate in our treatment plan. My belief is to treat each patient with precision, clarity, and compassion - the way I would want my family to be treated.

Christopher F. Liu, MD, FACC, FHRS is Director of Complex Arrhythmia Ablation and Structural Heart Electrophysiology, and Assistant Director of the Cardiac Electrophysiology Laboratory, at New York-Presbyterian Hospital / Weill Cornell Medical Center.  As an innovator in the arrhythmia field, he has pioneered multiple procedures here at Weill Cornell Medical Center: pulse field ablation (PFA) for atrial fibrillation, cryoballoon ablation for atrial fibrillation, Watchman and Amulet device closure of the left atrial appendage, physiologic conduction system pacing, Lariat device closure of the left atrial appendage, and epicardial VT ablation.  He has co-authored numerous studies clarifying mechanisms of arrhythmias and improving outcomes of catheter ablation, and serves as peer reviewer and editor for prestigious journals in cardiology and cardiac electrophysiology.  Dr. Liu regularly gives invited lectures at international Cardiology and Electrophysiology conferences in the US, Europe, and Asia, pertaining to his work in advanced imaging and complex arrhythmia ablation.  He is a Fellow of the Heart Rhythm Society and the American College of Cardiology; he has served on the Ethics and Disciplinary Committee of the American College of Cardiology, and currently serves as Chair of the Health Policy and Regulatory Affairs Committee at the Heart Rhythm Society - where he leads interactions between medical experts and the FDA and other regulatory agencies.

Dr. Liu was born in southern China and raised in New York City, where he attended Stuyvesant High School. He received his undergraduate education at Cornell University, then returned to New York City to earn his medical degree from the Columbia University College of Physicians and Surgeons. Dr. Liu completed internship and residency in Internal Medicine at Columbia University Medical Center. He then completed fellowships in Cardiovascular Disease and Clinical Cardiac Electrophysiology at the University of Pennsylvania, renowned for its work in epicardial ablation. He was recruited to NewYork-Presbyterian/ Weill Cornell Medical Center for his unique skills in catheter ablation of complex arrhythmias and his use of advanced imaging to improve ablation outcomes.

Based on his wide case experience and attention to detail, Dr. Liu has built a reputation for taking on difficult cases and high-risk patients, often achieving successful outcomes in patients who had undergone failed procedures elsewhere, and with an unparalleled safety record - for the high-risk cases as well as the simple cases. Just as importantly, Dr. Liu is known for his clear communication skills and warm bedside manner.

Dr. Liu is committed to advancing our understanding of arrhythmia mechanisms and developing novel approaches to catheter ablation and pacing therapy based on those mechanisms.  He has done work aimed at mapping complex fractionated atrial electrograms (CFAEs) in the human left atrium during atrial fibrillation, and recent manuscripts have described mechanisms of atrial tachycardia in association with left atrial myopathy.  Dr. Liu has developed a personalized approach to ablation of atrial fibrillation – targeting circuits based on detailed observation of each patient’s unique arrhythmia mechanisms (instead of a one-size-fits-all approach).  Dr. Liu has led efforts to integrate advanced imaging technologies such as intracardiac echocardiography into complex ablation procedures and structural heart procedures such as left atrial appendage closure - to make procedures more effective and less risky.  Dr. Liu has led the use of (robotic) remote magnetic navigation here at Weill Cornell to make ablation of ventricular arrhythmias less invasive and safer.  In recent years, Dr. Liu has brought the latest advances in pacing therapy: conduction system pacing (engaging the heart's intrinsic wiring to stimulate the heart in a more physiologic electrical pathway).

Dr. Liu provides expert care in all areas of Clinical Cardiac Electrophysiology, including:

-Atrial fibrillation with risk of stroke and need to avoid anticoagulation (blood thinners such as Coumadin, Eliquis, Xarelto)

-Atrial flutter (including arrhythmias occurring after previous surgery or ablation)

Dr. Liu performs these procedures on a daily basis using the latest technology:

-Catheter ablation of all types of ventricular arrhythmias: including PVCs and ventricular tachycardia (with or without ICD shocks)

-Implantation of pacemakers, defibrillators (ICDs), and cardiac resynchronization devices (CRT), including the latest approaches to physiologic conduction system pacing: engaging the heart’s intrinsic electrical wiring for the most “natural” way of pacing

-Catheter-based left atrial appendage closure (Watchman, Amulet, or Lariat device) for patients with atrial fibrillation who are at risk of stroke and need to avoid anticoagulation (blood thinner medications such as Coumadin, Eliquis, Xarelto).